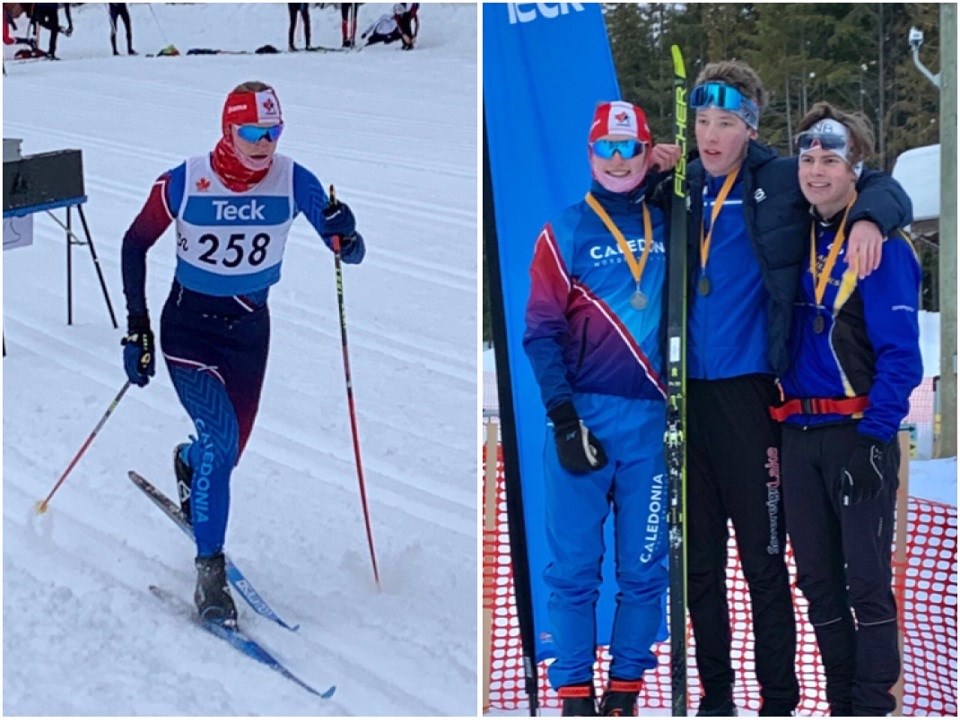 In any sport, an athlete’s goal is to give their best performance, even if it may not be better than others.

For Prince George’s Tyson Green, that's exactly how he feels as of last Monday (Jan. 6) after receiving a call from Cross-Country BC that he will be joining the provincial team at the end of January at the 2020 World Junior/Under-23 Championship Trials in Quebec.

“I got pretty lucky,” said Green in an interview with PrinceGeorgeMatters.

“It’s really amazing; it feels really good to be selected for this because I get to be with the best skiers in the province. [...] someone couldn’t go, so I was next on the list and they asked me. Someone had to drop out, so they called me based off some good performances I’ve had this season.”

The Grade 11 student at Duchess Park is coming off a 2020 TECK Northern Cup gold medal on home soil at the Caledonia Nordic Ski Club before New Year’s, racing 5km in under 15 min.

Green also claimed fourth in Under-18 Boys’ Intervals during the first-leg of the three-stage 2020 TECK BC Cup series, as well a top-10 placement out of a field of 24 in the same event’s sprint qualifier.

He says it’s this type of competitive setting that got him to commit to the sport in the first place.

“I started because my parents said I had to,” he said with a chuckle, adding he’s originally moved to B.C.’s northern capital from the Northwest Territories before a year ago, where cross-country skiing is an everyday activity.

“So I started racing around Grade 5 when I was 10 years old; I started travelling a little bit for races and that’s when I really started to enjoy it. [...] It kind of gave some purpose for me in the sport. They [his family] are super-supportive and are willing to, you know, drive me to practices and all that. They think it’s really great I’m going and it’s nice to have that support.”

This week, the 16-year-old will head down to Whistler for the Western Canada Cup starting Friday (Jan. 17), which he says will help his skill development for when he hops on a plane out east for the Under-23 Trials.

Green notes he’ll be focusing a lot on his interval races and making sure he can recover quickly in order to keep up with the older athletes.

“That would be amazing if I could get the experience, so I’m going to do everything I can to have the best race possible at the World Junior Trials, but there’s a lot of tough competition and being at a younger age, obviously it’ll be hard,” said Green.

“I’m just going to go and do my best; my best may not get me to the World Juniors, but I’ll be able to go back to the trials in the next few years and I’ll be stronger just like most of the competition.”

If successful in the Trials, which take place Jan. 30 to Feb. 2, Green will then go with Cross-Country Ski Canada to the Federation of International Skiing (FIS) World Junior Championships in Germany a month later.

It also wouldn’t be the first time he’s competed on the world stage, explaining he raced in Idaho’s Sun Valley and, at one point, Greenland.

Sharp shooter: Prince George’s Sarah Beaudry begins new Biathlon World Cup circuit
Dec 11, 2019 8:35 AM
Comments
We welcome your feedback and encourage you to share your thoughts on this story. We ask that you be respectful of others and their points of view, refrain from personal attacks and stay on topic. To learn about our commenting policies and how we moderate, please read our Community Guidelines.