Union claims janitors are among the lowest-paid workers on the site
Dec 21, 2020 12:15 PM By: Hanna Petersen 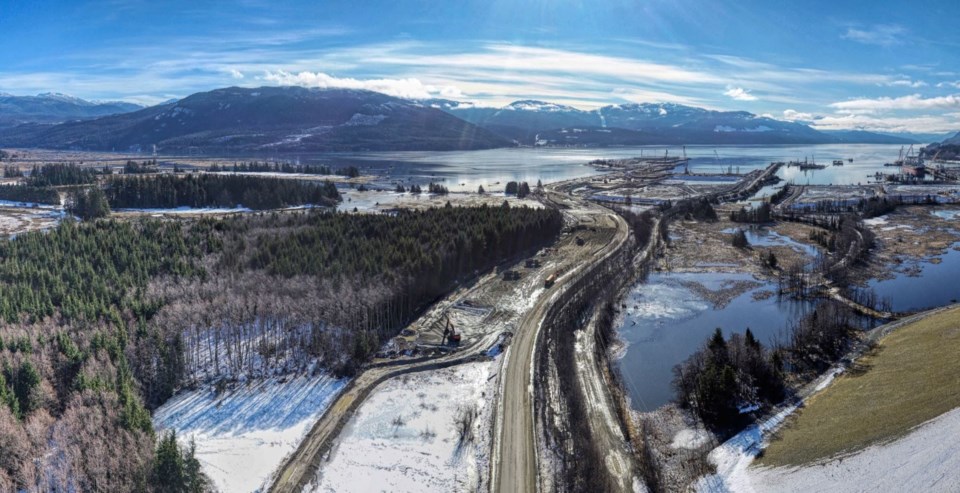 LNG Canada industrial janitors have overwhelmingly voted by 84 per cent in favour of a strike.

Frustrated with the lack of progress in contract negotiations with subcontractor Dexterra over poor health and safety protections at the $40-billion Kitimat project site, the workers, represented by UNITE HERE Local 40, are preparing to graze the picket lines.

UNITE HERE Local 40 is a labour union representing workers in the hotel, food service and airport industries throughout B.C.

The union says LNG janitors work on the frontlines in construction sites surrounded by heavy machinery while cleaning work camps staffed by hundreds of other employees and are among the lowest-paid workers on the site.

The union claims the janitors have not been provided with a living wage, adequate staffing levels, fair workloads, and enough health and safety equipment to protect against COVID-19 until recently.

On Dec. 17, Northern Health declared a second outbreak of the virus at the LNG Canada Project Site after its first outbreak, declared on Nov. 19, was winding down.

The authority says new cases were discovered among staff with Diversified Transportation, who are working on-site, and that 15 employees tested positive with 13 cases remaining active as of this publication.

However, Northern Health also says the second outbreak is not connected to the first and there have been no new cases relating to that outbreak since Dec. 2.

The outbreak is set in place for 28 days and those with positive test results and close contacts have been told to self-isolate.

Janitors have attempted to work through these issues at the bargaining table for months, but Dexterra was unable to resolve these issues which has prompted janitors to vote in favour of strike action.

“Many of the janitors are First Nations who came to LNG because of promises of good jobs. But LNG Canada broke that promise. British Columbians, particularly Indigenous workers, deserve more from this $40 billion project,” says LNG janitor, Gary Hill in a news release.

“We’ve been trying to negotiate in good faith with Dexterra since June, but they’ve left us with no other option than to consider a strike. I support my three daughters and am trying to keep up with the high cost of rent. True reconciliation means providing jobs that pay a living wage. With strong support from our families and communities, we’re determined to strike for as long as it takes if the company refuses to work with us.”

LNG janitors unionized with UNITE HERE Local 40 this past June and are bargaining for a first contract.

- with files from Jess Fedigan, PrinceGeorgeMatters