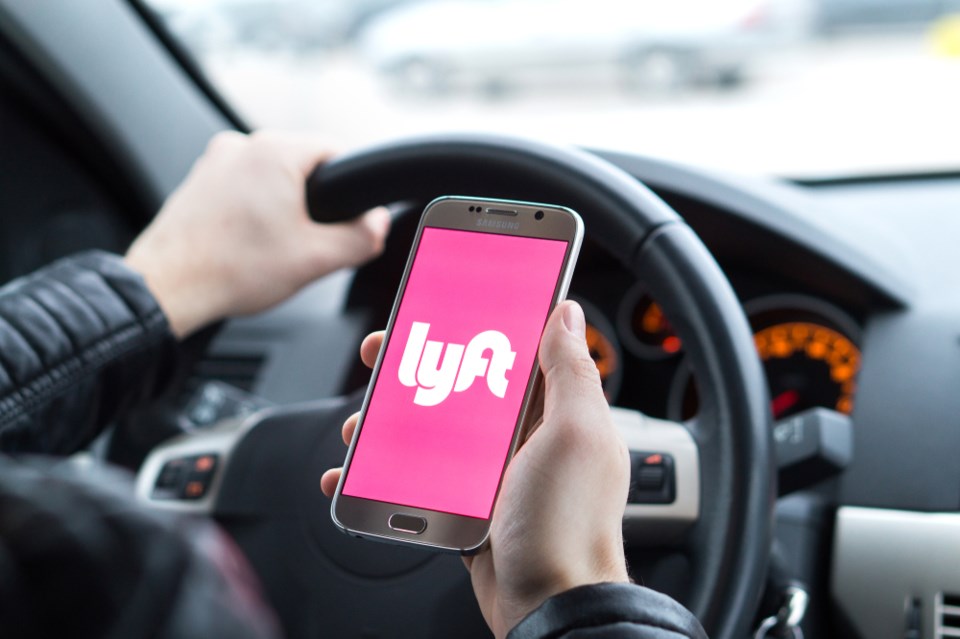 Passengers in Metro Vancouver will pay at least $5 every time they jump inside a vehicle operated by ride-hailing service Lyft Inc.

In addition to a $2.50 base, passengers will also need to cover a $2.50 service fee on top of costs per kilometre and per minute, according to pricing released by Lyft:

A ride from Canada Place in downtown Vancouver to the Walmart outlet near the city’s border with Burnaby would cover 9.5 kilometres and take 22 minutes during mid-morning rush hour, according to Google Maps.

Based on that estimate, a ride with Lyft would cost passengers $18.44 to get from one side of Vancouver to the other but other fees would still apply.

“Lyft is sharing its rider pricing so Metro Vancouverites can get a better understanding of what they can expect when service begins. To note, applicable regulatory fees may be added to these rates,” Lyft said in a statement to Business in Vancouver.

Vancouver city council voted in October to also add additional $0.30 pick-up and drop-off fees between 7 a.m. and 7 p.m. for what it describes as its “metro core” — most of downtown out to Commercial Drive, and north of 16th avenue.

That additional fee would bring the Walmart trip from downtown up to $18.74.

The province’s Passenger Transportation Board (PTB) requires minimal pricing in B.C. to be based on taxi flag rates within an operating area.

In Metro Vancouver that runs between $3.25 and $3.95 when someone steps inside a vehicle in addition to prices charged for distance travelled.

Unlike many other jurisdictions, the PTB does not permit ride-hailing services to offer discounts to passengers.

But the regulatory body will allow these services to raise prices during peak periods as demand swells.

Meanwhile, Metro Vancouver’s Mayors’ Council voted on December 13 in favour of pursuing a regional business licence for ride-hailing services rather than the patchwork system of municipal licences that had previously been in the works.

All the mayors — save for Surrey Mayor Doug McCallum — supported the motion.

Lyft said that it’s still awaiting a licence to operate from the PTB but that it was pleased with Mayors’ Council vote.

Once the provincial licence has been secured, Lyft said it would then work to get municipal licences before launching services.

BIV has also reached out to Uber Technologies Inc., Vancouver-based Kater Technologies Inc. and Richmond-based Gokabu Group Holdings Inc., which operates the Kabu Ride app, for updates on their pricing and will update the story as those prices are provided.

Kater spokeswoman Corrie Larson said her company is waiting until its application from the PTB is approved before it reveals its rates for passengers.

"In our application for licensing, Kater is proposing pricing at a minimum of 90% of current taxi rates and a maximum of 200%. This attends to consumer concerns over surge pricing and addresses concerns over equal economic conditions for existing stakeholders," she said in an email to BIV.

Matt MacInnis, a spokesman working on behalf of Uber, said in an email the company's pricing was not yet available but it would be released ahead of launch.

Kabu spokesman Martin van den Hemel said in an email the company would not be disclosing it's pricing structure for competitive reasons but added that its prices would be competitive with the ones offered by Lyft.

This story originally appeared in Business in Vancouver.

B.C. taxi industry challenges 'destructive competition' from ride-hailing apps
Sep 6, 2019 8:05 AM
Comments
We welcome your feedback and encourage you to share your thoughts on this story. We ask that you be respectful of others and their points of view, refrain from personal attacks and stay on topic. To learn about our commenting policies and how we moderate, please read our Community Guidelines.