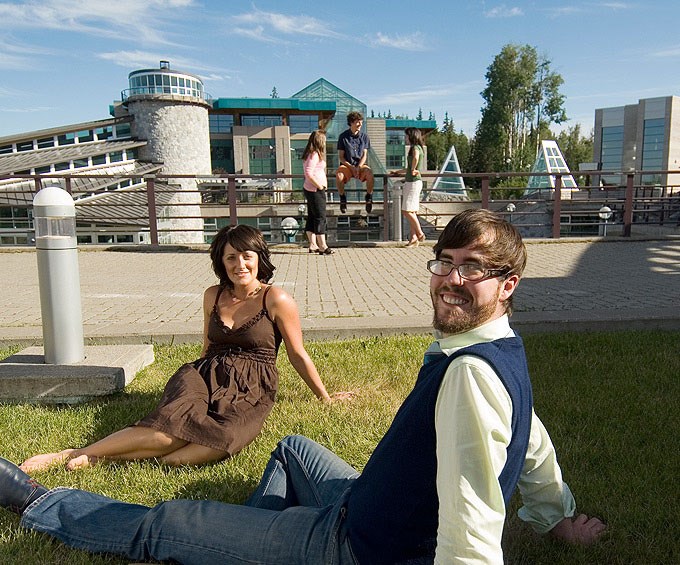 Macleans Magazine has ranked the University of Northern British Columbia as the second best 'primarily undergraduate' university in the country. (via UNBC)

For the fifth year in a row, the University of Northern British Columbia (UNBC) has been recognized as one of the top two best universities of its size in the entire country.

Every year Maclean’s Magazine ranks Canadian universities on a variety of factors, and this year UNBC has placed second in the "primarily undergraduate" category out of 19 universities. Mount Allison in New Brunswick placed first and Trent University in Ontario came in third.

UNBC has either placed in the first or second spot for the last five years.

“This ranking is a demonstration that we can be considered a destination of choice for students from across Canada, and that we are providing an environment in which our students, faculty, staff and graduates can not only find personal success but lead the way in the global search for new knowledge and discovery.”

Maclean’s rates universities on 12 categories to determine their rankings. UNBC placed second in three of the categories surveyed by the magazine, including the number of students who have won national awards, student-to-faculty ratio and library expenses.

UNBC also received top marks for the amount of money available for faculty research and in two categories devoted to how the university allocated resources, including operating expenditures per student.

“UNBC continues to play an important leadership role, not only in Northern British Columbia but across Canada and even globally,” says UNBC Board of Governors Chair Tracey Wolsey in the release. “Our consistent appearance at or near the top of these rankings demonstrate the commitment and dedication of the UNBC community, and the pride and devotion put forth by all our supporters and champions.”

For student satisfaction, UNBC also got points for the number of mental health services available, as well as making Indigenous histories, cultures and languages visible on campus.

Simon Fraser University in Burnaby came in first place in the comprehensive list, while McGill University in Montreal and the University of Toronto tied for first in the "medical doctoral category.