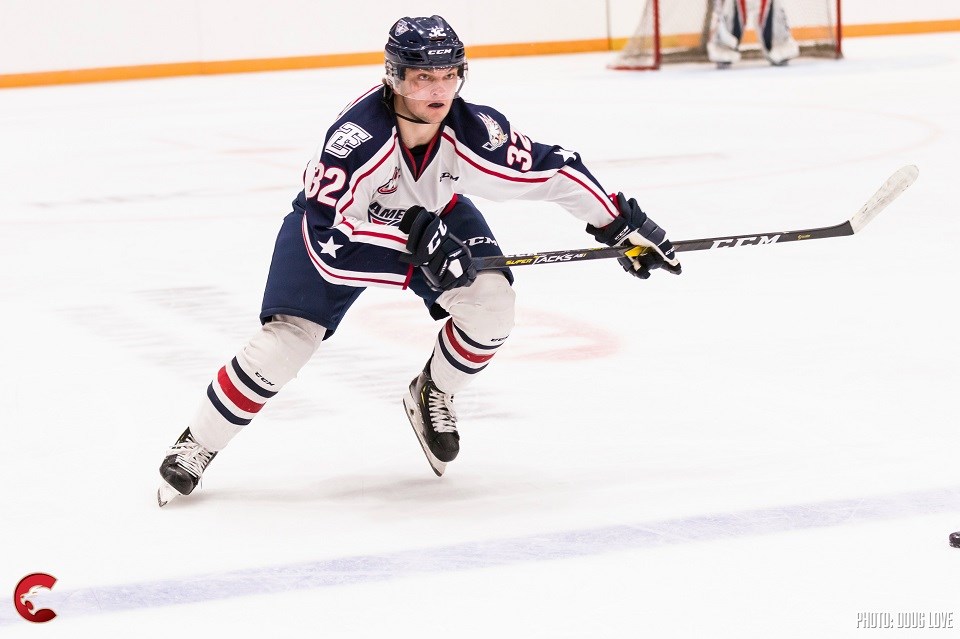 His name is Russian and his citizenship is American, but the next stop on Nikita Krivokrasov’s hockey journey is B.C.’s north.

On Monday afternoon (Nov. 18), the 18-year-old forward was acquired by the Prince George Cougars from the Tri-City Americans in exchange for a conditional eighth-round pick in the 2020 Western Hockey League (WHL) Bantam Draft.

The product of Westminister, Co. has 47 WHL games under his belt in his young career, 36 with the Prince Albert Raiders, the team he originally signed with in September 2016.

TRADE: The @PGCougars have acquired forward Nikita Krivokrasov from the @TCAmericans.

Krivokrasov may also be a familiar name to hockey fans as his father Sergei Krivokrasov played in 450 NHL games with an array of teams, including the Chicago Blackhawks, Nashville Predators, Calgary Flames, Minnesota Wild and Anaheim Ducks.

The Cougars are in action tonight (Nov. 19) against the Edmonton Oil Kings, the second-best team in the WHL.

Puck-drop goes for 7 p.m. from the CN Centre.

Taylor Gauthier steals show once again, but Prince George Cougars on losing end in Kamloops
Nov 16, 2019 7:35 AM
Comments
We welcome your feedback and encourage you to share your thoughts. We ask that you be respectful of others and their points of view, refrain from personal attacks and stay on topic. To learn about our commenting policies and how we moderate, please read our Community Guidelines.