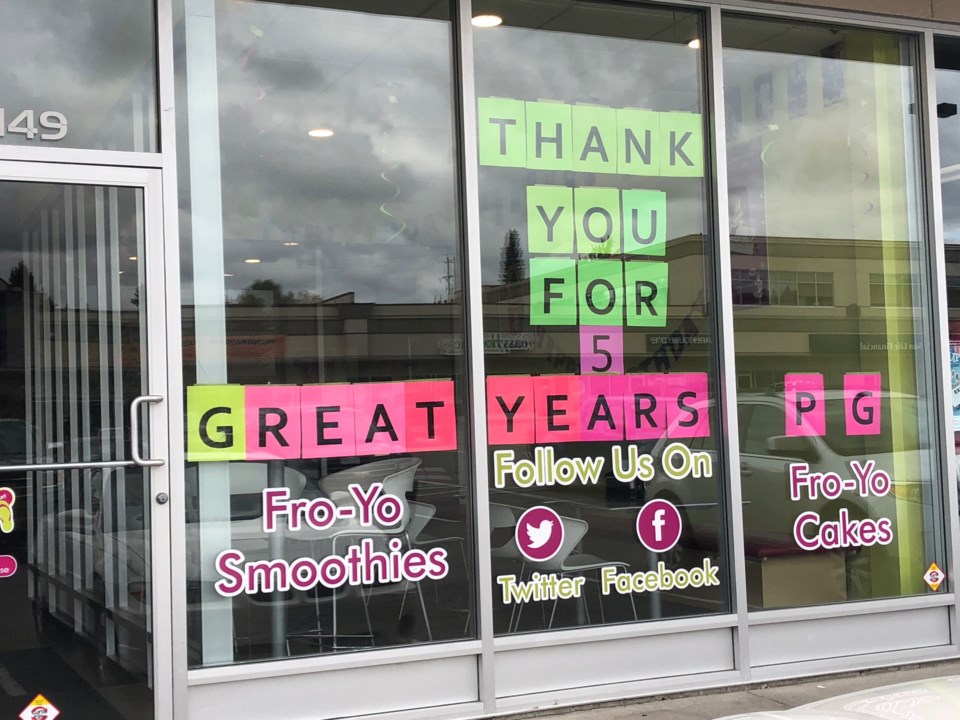 Menchie's is serving its last few cups of frozen yogurt in Prince George. (via Hanna Petersen)

“There have been a lot of factors,” says general manager Margaret Jex about why the franchise has decided to close up shop so suddenly.

Menchie’s, which is located in Parkwood mall next to Sticky’s Candy, recently celebrated its five-year anniversary on Sept. 13 with a buy-one-get-one-free promotion that ran all weekend long.

The rising cost of wages and goods, as well as the wavering support from the public, factored into the decision to close the PG location.

“When you sell $5 cups of yogurt, it takes a lot of support to make that work for you,” says Jex, adding they also stopped receiving support from their franchise Menchie’s Canada.

“We found out a couple of days ago that this is what we would be doing, and we are trying to give Prince George one last celebration,” says Jex.

During Menchie’s last day in operation, unlimited yogurt and toppings are just $5. The store closes at 9:30 p.m.

“I would just like to thank everyone who has supported us for so long. It’s been a great five years and we are going to miss you and all of your little people,” says Jex.