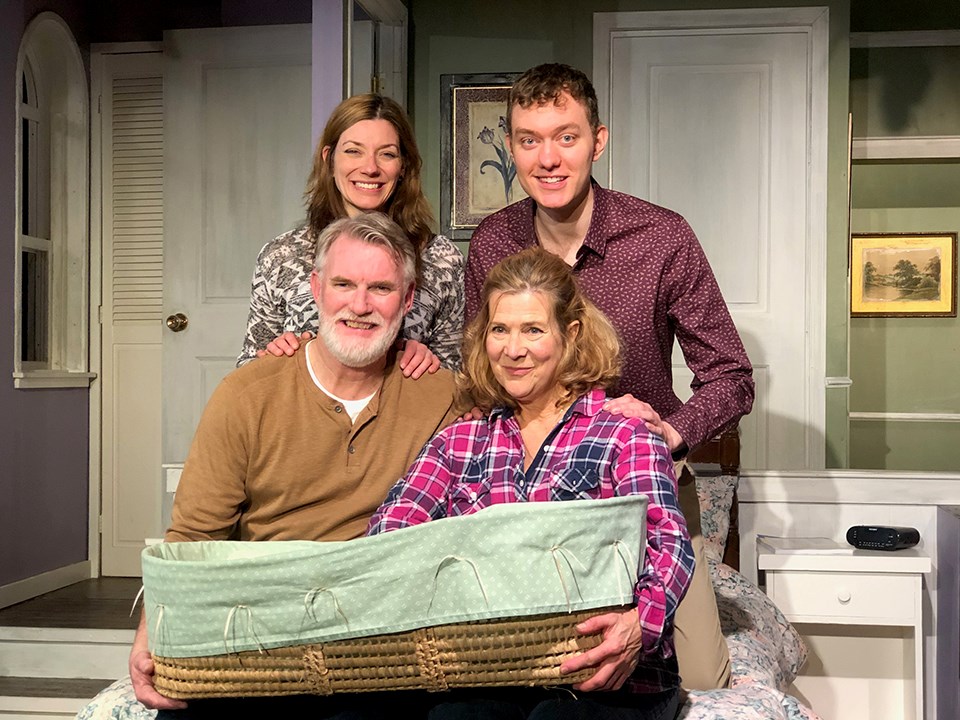 The main cast: Wally MacKinnon as Earl, Dana Fradkin as Sarah, Frances Flanagan as Gail, and Daniel Bristol as Ben. (via Hanna Petersen)

After a successful opening weekend, Miracle Theatre has announced it will be extending the run of its latest production of The Birds and the Bees.

The somewhat raunchy but heartfelt comedy is quickly selling out. After opening night on Friday, Feb. 14, tickets for the run were already mostly sold out.

All proceeds from the professional production are being donated to the Children of Prince George Fund under the trusteeship of the Prince George Community Foundation.

Miracle Theatre started the fund to benefit local children in need with a donation of $84,000 from last year’s production of “Halfway There”.

Performances are every evening except Mondays with 2 p.m. and 8 p.m. performances on Sundays.