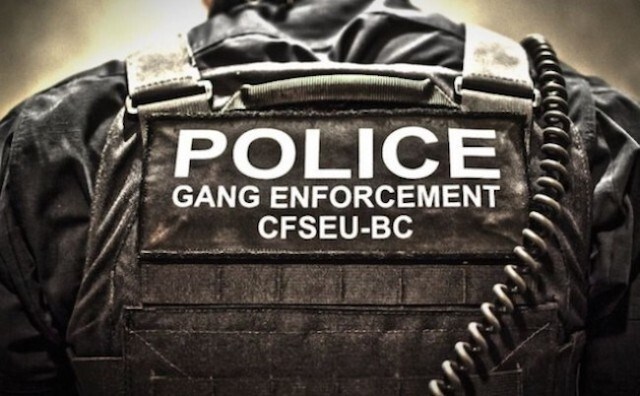 Gang and gun violence has recently been curbed by Prince George RCMP after getting some help from one of B.C.'s top police teams a third time in as many months.

In response to incidents that took place this past fall, which included half-a-dozen shootings in a 10-day span in late September, the Combined Forces Special Enforcement Unit of BC’s Gang Enforcement Team (UGET) visited the northern capital between Nov. 26 and 28 and prevented more potential drug-trafficking, while also removing illegal firearms from the street.

After checking 85 people and stopping 60 vehicles, officers seized a large amount of drugs that included meth, cocaine and fentanyl.

In addition to also seizing $10,000 in cash, they also recovered several weapons, including a firearm, two replica firearms, ammunition, a hatchet, a baton and multiple knives.

“Regardless of the time of year, whether it’s summer or winter, our UGET members will travel the province, to assist our policing partners, working together to target those who put communities and the safety of residents at risk,” said CFSEU-BC spokesperson Sgt. Brenda Winpenny in a release.

“UGET represents the overt, tactical and specialized uniform presence of CFESU-BC which directly interacts with individuals involved in organized criminal activity delivering on our mandate. The ability of UGET to travel throughout the province, on short notice, to assist our policing partners is a win for the community and law enforcement.”

Prince George police say the public plays a critical role in stopping violent crimes in the city, and are urged to report incidents as soon as possible.

Anyone with more information on violence or illegal firearms is encouraged to call Prince George RCMP at 250-561-3300, anonymously contact Crime Stoppers at 1-800-222-8477 or go online to www.pgcrimestoppers.bc.ca.

Here is a timeline of gun violence and gang-related events in a 10-day period: