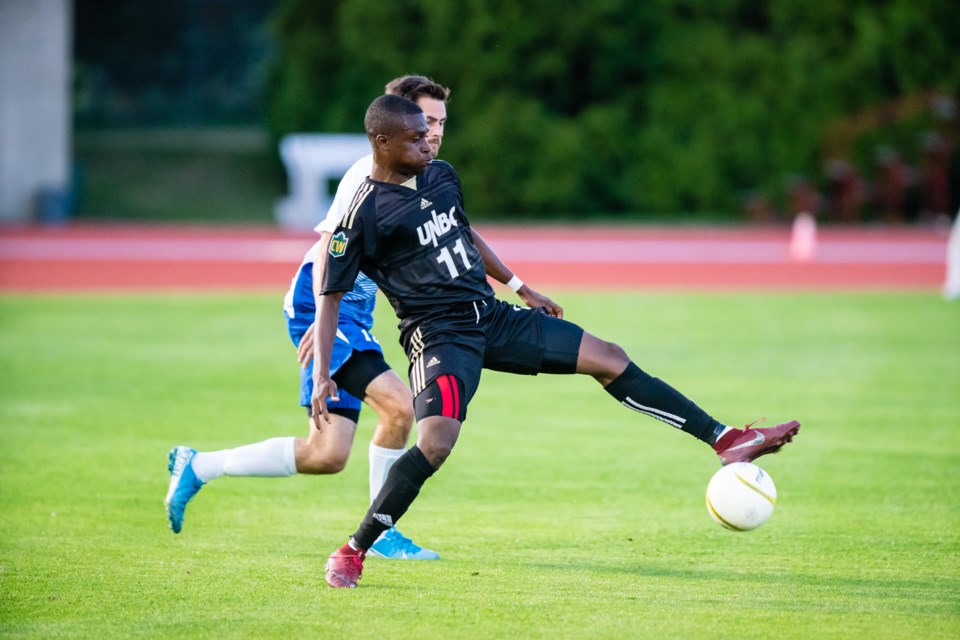 The UNBC men's soccer squad will have their hands full on Friday the 13 with the Mount Royal University (MRU) Cougars paying a visit to Masich Place Stadium.

MRU has yet to lose a game this year holding a record of 5-0-0, good enough for first in Canada West Prairie Division standings.

UNBC, on the other hand, hasn't been as lucky as they sport a 2-3-1 record, which puts them fifth in the Canada West Pacific Division standings.

“MRU is a very good team," UNBC midfielder Owen Stewart says in a release."They have some good pieces that can cause any team threats, and they are going to look to continue their fantastic start. I think, if we focus on our strengths and how we’ve won this year, we’ll be just. It will be a very exciting game this weekend.”

“I think preparation is the same, whether it’s one or two games, home or away," Stewart adds. "We are going to be focusing on what we can improve on, and just making sure we’re ready to give it everything for that one game.”

Kickoff is scheduled for 7 p.m. on Friday (Sept. 13) at Masich Place Stadium.

Air Canada to apply for wage subsidy program to help keep employees on payroll
Apr 8, 2020 8:05 AM

Gary Bettman raises chance of NHL not completing regular season
Apr 8, 2020 6:35 AM
Comments
We welcome your feedback and encourage you to share your thoughts on this story. We ask that you be respectful of others and their points of view, refrain from personal attacks and stay on topic. To learn about our commenting policies and how we moderate, please read our Community Guidelines.