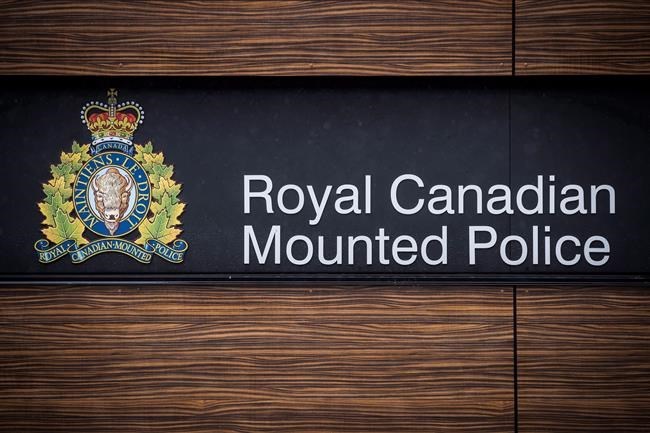 Ortis, 47, was charged under three sections of the Security of Information Act as well as two Criminal Code provisions, including breach of trust, for allegedly trying to disclose classified information to a foreign entity or terrorist group.

The alleged recipient, or potential recipient, isn't specified in the charges.

"In broad strokes, the allegations are that he obtained, stored, processed sensitive information, we believe with the intent to communicate it to people that he shouldn't be communicating it to," prosecutor John MacFarlane said after the Ontario court hearing in Ottawa.

"I won't be commenting in any more detail other than that at this stage."

An insider familiar with the case, but not authorized to speak about it publicly, said Ortis had served as director general of an RCMP intelligence unit, a civilian position.

He earned a doctorate in political science from the University of British Columbia, completing a dissertation on the international dimensions of internet security.

Brian Job, a professor of political science at the university, said by email that he's seen Ortis very occasionally since Ortis left UBC.

"Cameron never provided details of his employment with the RCMP. Nothing in my experience with Cameron would lead me to suspect his alleged involvement in the activities for which he charged. Indeed, the exact opposite is true," Job said.

"I am deeply shocked by the news and will have no further comment, as the matter proceeds through the courts."

MacFarlane said the Crown will argue at a coming bail proceeding that Ortis should remain in custody while his case is before the courts.

The charge sheet lists a total of seven counts against Ortis under the various provisions, dating from as early as Jan. 1, 2015, through to Thursday, when he was arrested.

The RCMP said the charges stem from activities alleged to have occurred during his time with the force, suggesting he was active with Mounties upon being taken into custody. However, neither the RCMP nor MacFarlane would clarify whether he was employed by the force when he was charged, or if he still is.

The Mounties declined to make further comment, saying the investigation was ongoing.

Prime Minister Justin Trudeau also said little about the events during a stop on the Liberal election campaign.

"I was, of course, made aware of the arrest," he said. "I can assure you that the authorities are taking this extremely seriously."

Conservative Leader Andrew Scheer tweeted that the arrest was extremely concerning. There is no indication of the recipient of the information Ortis allegedly intended to share, but Scheer said the development was "another reminder of the threats we face from foreign actors."

"As prime minister, I will not hesitate to identify these threats and act accordingly."

Extremely concerning that a senior RCMP intelligence officer has been arrested for leaking national security information. This is another reminder of the threats we face from foreign actors. As Prime Minister, I will not hesitate to identify these threats and act accordingly.

The Security of Information Act, ushered in following the 9/11 attacks in the United States, is intended to safeguard sensitive government secrets. Charges have been rare but Jeffrey Paul Delisle, a naval officer who gave classified material to Russia, pleaded guilty to offences under the act in 2012.

The law forbids discussion or release of "special operational information," including past and current confidential sources, targets of intelligence operations, names of spies, military attack plans, and encryption or other means of protecting data.

The penalty for revealing such information is up to life in prison.

Being a senior intelligence official, Ortis was designated as "permanently bound to secrecy." Such individuals are held to a higher level of accountability than others under the secrecy law.

It means unauthorized disclosures are subject to penalty whether the information is true or not and even if it was obtained after the employee left a sensitive post.