Fiona Beaty works on an interactive map to build ocean-centred relationships
0
Jun 9, 2019 9:05 AM By: Glacier Media 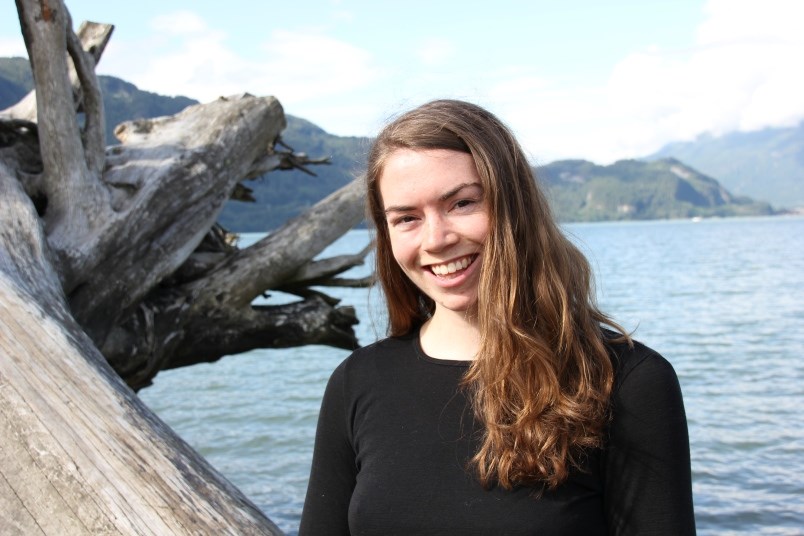 In May, Fiona Beaty was awarded a National Geographic Early Career grant to help support her study of Howe Sound. (via Glacier Media)

Every summer growing up, Fiona Beaty's family would make the trip from Vancouver to Bowen Island, where she would spend her time playing in the woods and turning over rocks at the shore in her search for crabs.

Now, Beaty is back on the coast and her more recent explorations in marine biology are getting much more attention. In May, she was awarded a National Geographic Early Career grant to support her latest project, the Howe Sound Atl'ka7tsem Marine Reference Guide.

Of the interactive map — with more than 140 layers of data — Beaty said, "Our goal is to create a database that does reflect scientific knowledge but also local ecological knowledge, traditional ecological knowledge and cultural information so that we can create a resource that's sort of a one-stop shop, where you can go and visualize all of these different data layers and see how they overlap."

While some of the information has been publicly accessible before, the reference guide is designed to help the average person dive deeper into local knowledge of Howe Sound.

"With the ocean, it's kind of a big black box for a lot of people," Beaty said. "It's out of sight, what's happening below the surface. That can also lead to the whole 'out of sight, out of mind' phenomenon. It's harder to track changes, it's harder to see the potential species loss or habitat loss that's occurring underwater. We're really trying to visualize that using a map as a tool that can help engage people and connect them to this place."

As the project director for the reference guide, Beaty also helps co-ordinate the map's development and research activities, and reports to a committee of representatives. On top of this project, Beaty is in the second year of her PhD program at UBC and works in a lab that studies how climate change impacts coastal ecosystems.

While she grew up on the coast, Beaty did her undergrad in Montreal, at landlocked McGill University. There, she missed the ocean and realized her passion for protecting the natural environment where she spent her formative years. For people to help, she said, they have to care.

Not only will the National Geographic Early Career grant help finance the research project, Beaty said the award is a testament to Howe Sound's story.

"Howe Sound is such a unique place when we're looking at ocean health," she said. "Globally, stories about the ocean are quite negative and it can be quite depressing. But in the sound, we've been experiencing this recovery and this increase in wildlife and biodiversity. That's something we really want to hold on to and not only ensure that we can continue that trend going forward, but also continue to engage audiences and profile this positive story — give people hope."

That's where the grant comes in. By identifying the threats and areas most impacted, Beaty said they'll be able to target decision makers and tell them what mitigation efforts are needed — and it couldn't have come at a better time. As several industrial proposals are on the horizon, marine life has returned to Howe Sound while more people live and visit the area.

"The region is experiencing these growing pressures at the same time as the ecosystem is recovering. This is the time to be doing this research so if the worst happens and these trends don't continue, then we've at least captured this point in time," she said.

The project is created in collaboration with Ocean Wise and the David Suzuki Foundation, as well as local sources including First Nations, Fisheries and Oceans Canada and local conservation groups. As it continues to grow, Beaty said she wants to include information from more user groups.

"As an example, industry groups are often left out of conservation conversations, and that's not right because a lot of the time those groups are also very connected to the marine environment and want to protect the ocean," she said. "We're hoping to use this tool and use this project as a way to build relationships in the sound."

For Beaty — and other young people, she added — it can be easy to be overwhelmed by the state of climate change. The key is finding a sense of place and focusing on what can be done.

"Coming back home and remembering why I'm working here and what it is about this region that's special, really helps me feel grounded and more able to dive into these issues."