Danika Kroeker’s experience this past year recognized by Hockey Canada
0
Jun 10, 2019 10:23 AM By: Kyle Balzer 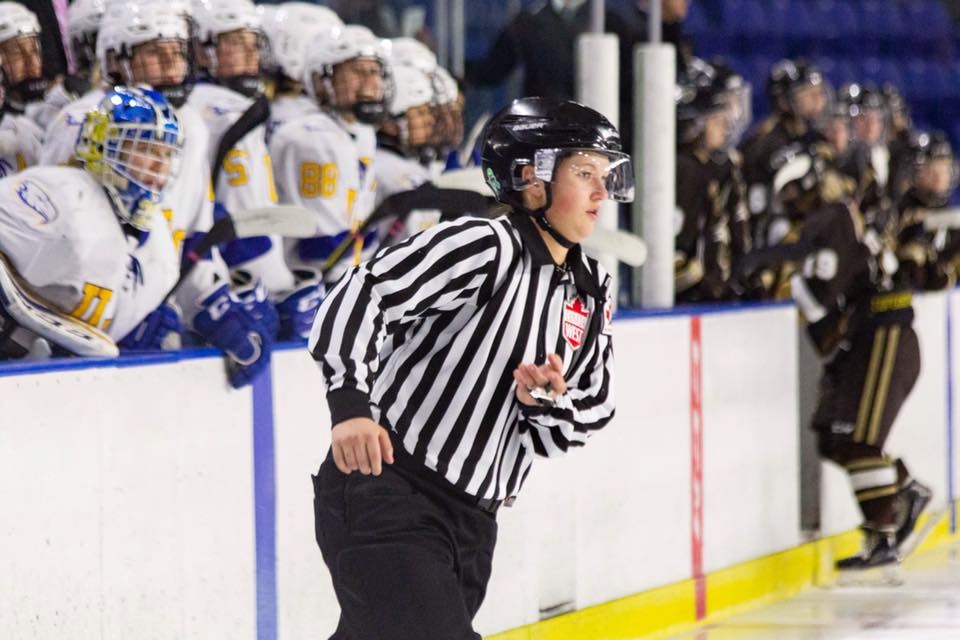 Prince George’s Danika Kroeker has been recognized by the national governing body for our country's favourite pastime for her work in the 2018-19 season on the ice as a referee.

The 20-year-old Level Three lineswoman is the recipient of the Most Promising Official Award based on a couple of key debuts for herself in a zebra’s uniform.

Congratulations to the 2018-19 recipient of the Hockey Canada award for the Most Promising Official in @BCHockey_Source: Danika Kroeker (Prince George). This year, Danika made her PJHL debut and was selected for the Canada West playoffs & the bronze medal game at @2019CanadaGames pic.twitter.com/yuH5ld23tV

Kroeker laced up in the Pacific Junior Hockey League (PJHL) for the first time this year, and was one of four female officials that got to ref the 2019 Canada Winter Games in Red Deer, Alberta.

She was even selected to officiate in the bronze medal game of the women’s tournament at the Games.

“It means so much so be chosen to go,” Kroeker told PrinceGeorgeMatters in an earlier interview. “A national event was my next goal and to be able to actually achieve that and go to an event that is held only every four years means so much.”

The now eight-year veteran official also got the opportunity to ref in the 2019 Canada West playoffs for university hockey.

Other recent accomplishments for Kroeker include:

Nine Prince George athletes going for gold at Canada Winter Games
Feb 15, 2019 4:35 PM
Comments
We welcome your feedback and encourage you to share your thoughts. We ask that you be respectful of others and their points of view, refrain from personal attacks and stay on topic. To learn about our commenting policies and how we moderate, please read our Community Guidelines.