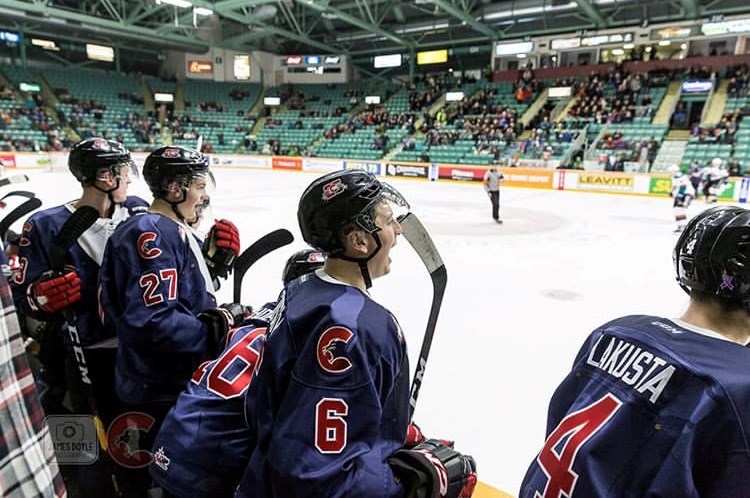 One more loss and the Prince George Cougars match one of the worst streaks they’ve ever compiled in franchise history.

Twelve games in a row, a feat they saw in the 2014-15 season, is what General Manager and interim Head Coach Mark Lamb hopes won’t happen with his young club, who begin a brief BC Division road trip in Kelowna tonight (Feb. 8) and Vancouver on Sunday (Feb. 10).

“I want to see improvement from these guys,” said Lamb in an interview with Cougars TV on where he believes adjustments can be made to improve morality.

On Thursday morning, the Cougars fired Richard Matvichuk as head coach after two-and-a-half seasons that included a BC Division banner in 2016-17.

.@PGCougars give pink slip to head coach Richard Matvichuk less than 12 hours after their 11th consecutive loss; his near 3-year stint included the team's 1st ever BC Division title in 2016-17 season | https://t.co/Sw9tZCNE6Z #CityOfPG @TheWHL @PGMatters pic.twitter.com/QmaBXmhz1o

The team’s current 11-game losing skid was one of the factors that led to the decision.

“I respect Richard [Matvichuk],” Lamb added. “I have some history with him and he was an unbelievable NHL player. He did a great job here winning the pennant in his first year, but things change in this business. We’re just going through a lot of things right now, and we just felt a different voice was necessary.”

Prince George does have a good history against Kelowna this season, winning six of their previous eight meetings, so perhaps Lady Luck will favour the Cougars against the Rockets and get them out of the slump.

Kelowna is wrapping up a three-game homestand, in which they are 1-1 at the moment, while also maintaining a below-500 record in their last 10 games.

The Rockets have the third spot in the BC Division, two points ahead of Kamloops and nine up on Prince George.

The Cats have also not lost in regulation when playing at the Prospera Centre, winning in September and early January, falling in overtime back in October.

Now here's a classic clash! Watch the @PGCougars and the Rockets battle it out in Kelowna tonight!

Regardless of how the game ends, Prince George will have Saturday off for travel and practice while en route to Vancouver for a Sunday matinee.

This will be the fourth game in eight days between the Cougars and the BC Division-leading Giants, and the last contest of the 2018-19 season.

Vancouver has prevailed in all but one match; the Cougars shut them out on Remembrance Day 2018 (Sunday, Nov. 11), albeit by a score of 1-0, but the young guns kept up with the high-flying offence of the Giants.

Prince George is hoping the extra day off will help rejuvenate speed and skill, turning the tables around on what has been a dismal start to 2019.

Puck-drop for this game goes for 2 p.m.