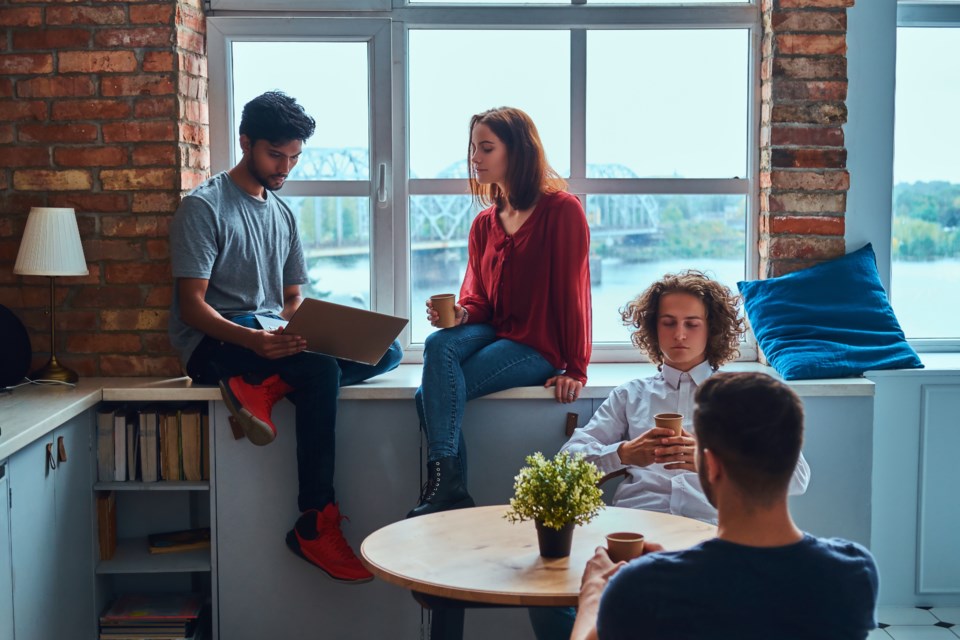 Disclaimer: This photo is not a representation of the actual proposed development. (via Shutterstock)

The building set for 1404 Patricia Blvd., which is near the library and Prince George Marriott Hotel, required a special site-specific zoning amendment bylaw, as the potential development did not fit into a specific zone. 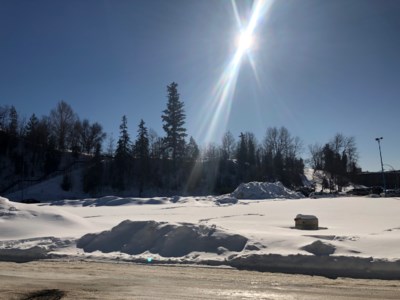 1404 Patricia Blvd. is near the Prince George Public Library and the Courtyard by Marriott Hotel. (via Hanna Petersen)
“It’s consistent with council’s priority to increase residential development in the downtown,” said Ian Wells, general manager of planning and development at the March 25 public hearing.

The developer, Tim McLennon of Kelowna-based Faction Projects Inc. was in attendance during the hearing and provided some clarity as to the proposed development.

“It's market rates for students and it’s a proven concept. We have 565 units developed so far in B.C. - high demand and all self-contained. From a transit perspective, there are two sites immediately adjacent to the site but we are also discussing with staff creation of an express line that goes both to CNC and UNBC.”

The development would also include on-site parking and landscaping. As the public hearing adjourned, council was quick to give the development high praise.

“It’s such great news and the fact that we are going to be able to have another 200 students downtown with transit exchange basically right there – it’s incredible,” said Coun. Brian Skakun. “I want to thank the administration and the investor for having faith in Prince George because it’s a good place to do business.”

Coun. Terri McConnachie lamented that she was about 35 years’ out of school, adding “I totally could have taken advantage of something like this.”

Coun. Cori Ramsay noted that student housing downtown was something that had been dreamed about for a very long time.

“Increasing the student population downtown is going to have immense benefits on our community and I’m really looking forward to it,” said Ramsay.

Mayor Lyn Hall concluded the remarks by noting the development compliment the Park House Condo Project, which is currently being constructed next to City Hall.

“We knew that student housing was one of the major bricks that we needed to see developed downtown,” said Mayor Hall. “Now that we have that underway it will provide a different set of housing for folks. The student housing piece was key to us downtown.”

Council then voted unanimously in favour of the following recommendation to grant the amendment bylaw third reading.

Federal Budget 2019 aims to help first-time buyers and boost rental supply
Mar 20, 2019 8:35 AM
Comments
We welcome your feedback and encourage you to share your thoughts. We ask that you be respectful of others and their points of view, refrain from personal attacks and stay on topic. To learn about our commenting policies and how we moderate, please read our Community Guidelines.