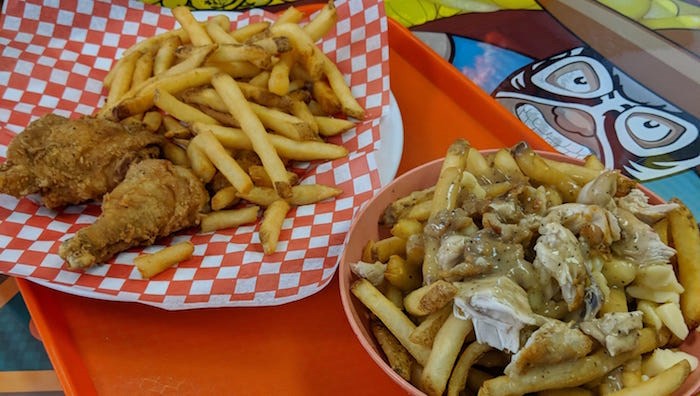 Mag’s 99 was a long-time fixture on the Sea to Sky Highway, serving up Squamish locals and visitors alike and gaining loyal fans of their eclectic mix of Mexican fare and fried chicken.

While Mag’s 99 has moved on from their original location (which was in a converted KFC-Taco Bell, no less), the restaurant biz is still going strong, with plans to launch several food trucks and permanent locations across B.C.

You’ll be able to find the Mag’s 99 food truck in Squamish as of June 12 at the corner of Discovery and Industrial. They then plan to roll out a truck in Tofino and Uculet by mid-July, Surrey by Aug. 1 and Nanaimo by mid-August.

Additionally, Mag’s 99 is aiming to get food trucks on the streets of Kelowna, Kamloops and Prince George by spring 2020.

For those who don't frequent the Coast, Mag’s is known for its crave-worthy fried chicken served up with fries and sides. The menu also includes Mexican eats (loaded burritos, nachos and quesadillas), and poutine.

When it comes to sit-down spots, Mag’s 99 has already opened a Port Alberni Cantina location. Mag’s 99 also plans to relocate the restaurant in Squamish this summer, and in Victoria and Surrey this fall.

What's the best place to eat? We put together a map of the top-rated local restaurants in Kamloops
Apr 30, 2019 12:35 PM
Comments
We welcome your feedback and encourage you to share your thoughts. We ask that you be respectful of others and their points of view, refrain from personal attacks and stay on topic. To learn about our commenting policies and how we moderate, please read our Community Guidelines.