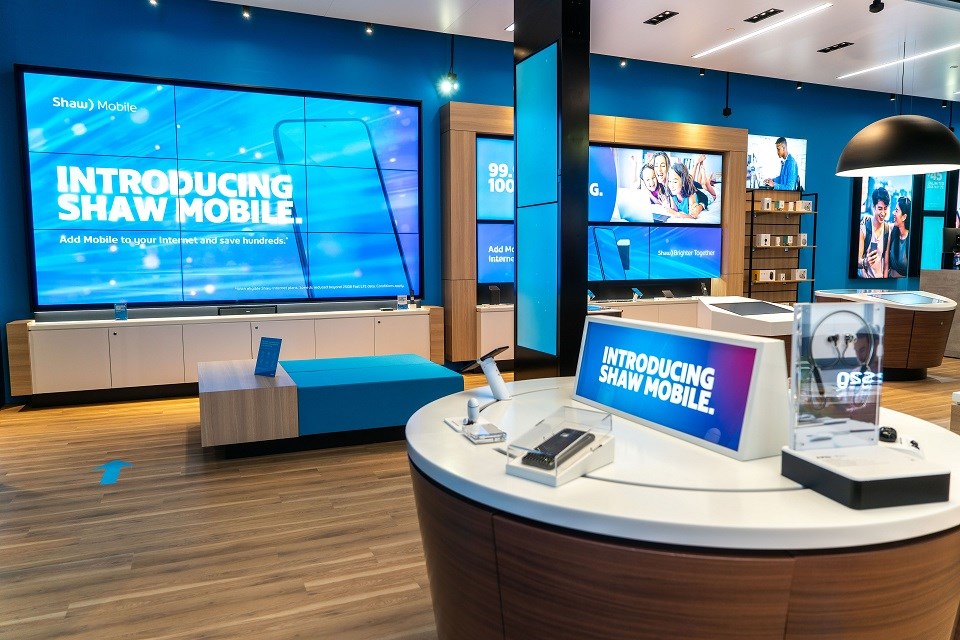 Under new COVID-19 public health orders that include mandatory masks in all indoor public and retail spaces, B.C.’s economy has appeared to be on the mend in some sectors, albeit slow and steady.

However, the pandemic has disconnected some Prince George residents from their jobs, whether means working from home or losing it entirely.

A major western Canadian communications corporation is hoping to fill the void on some of those lost jobs by opening another wireless-service shop in Prince George today (Dec. 3).

Shaw has launched a Shaw Mobile shop in the Pine Centre Mall, which is the second time in less than 16 months it has cut the ribbon on a new store after opening Freedom Mobile in August 2019.

Spokesperson Chethan Lakshman confirms to PrinceGeorgeMatters, seven people will be employed at this new location, five of which are net new positions, adding to the dozens of people already working with Shaw in the city.

The expansion of Shaw Mobile, which the company officially announced in July this year, is part of its $30-billion investment in LTE and fibre networks since 2013.

"On behalf of Council, I would like to congratulate Shaw on the opening of their new retail location in Prince George, and thank them for making this additional investment in our city, which will provide reliable jobs during these uncertain times,” he said.

“Such an investment also helps residents to keep up with the latest technology, which has a positive impact on economic development for both the city and region.”

According to Shaw, the Prince George location is set to provide a spacious, modern retail experience, equipped with interactive demonstrations and digital display stations.

COVID-19 safety guidelines are in effect for those that wish to visit the 1,900 sq-ft. store in Pine Centre Mall.

Prince George was the 22nd of Shaw Mobile’s 23 retail expansions in B.C. and Alberta for 2020.

More information on Shaw Mobile can be found on its website.

Le Chateau files for CCAA protection due to COVID-19, plans to close all stores including Prince George
Oct 23, 2020 10:35 AM