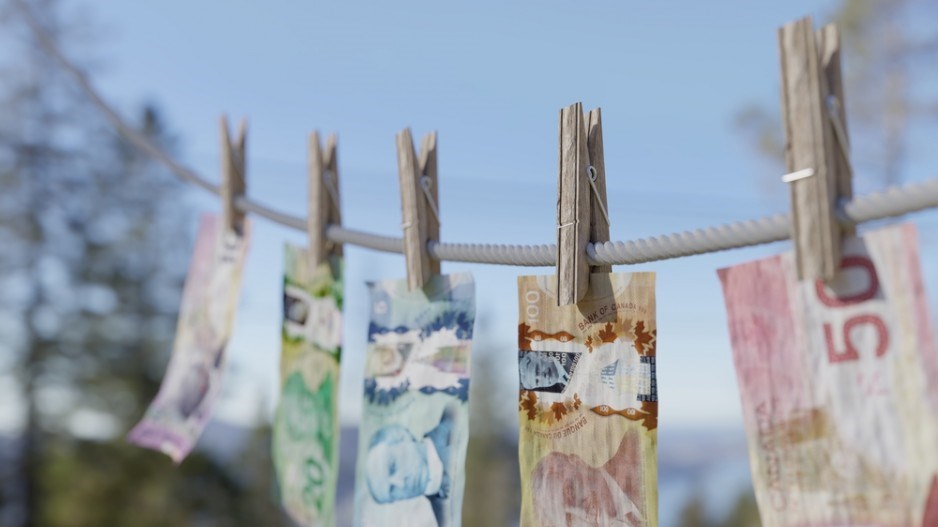 New rules to curb money laundering in B.C. will come into effect May 1, 2020. (via Shutterstock)

Finance Minister Carole James announced businesses operating in B.C. must, according to a government statement, “keep and maintain transparency records of beneficial owners, including individuals who have direct or indirect control of the company or its shares.”

The government claims hidden ownership can be used to avoid taxes and launder money – two issues under public scrutiny in the province.

“Hidden ownership is distorting our economy and driving up our real estate market,” claimed James.

Amendments to the Business Corporations Act will take place May 1, 2020.

The records will not be held in a public registry. Rather, Ministry of Finance compliance and auditing officers, as well as law enforcement officials, will have access to the registry. Information may also be shared with the Canada Revenue Agency in efforts to stop tax evasion, according to the statement.

Calls for a public registry have been made by Transparency International Canada, a non-profit advocacy group for government transparency and anti-corruption policies.

“A public registry of companies and trusts that includes beneficial ownership information would be a low-cost, high-impact way of preventing their misuse,” stated Transparency International Canada in its No Reason to Hide report.

The government noted the report from B.C.’s expert panel on money laundering in real estate report identified disclosure of beneficial ownership as the “single most important measure that can be taken to combat money laundering.”

James’ ministry is, however, creating a public registry of beneficial land ownership for real estate in B.C. The Land Owner Transparency Act is create Canada’s first such registry.

Golf trailblazer from Prince George remembered for dedication to growing the game
Oct 28, 2020 4:05 PM
Comments
We welcome your feedback and encourage you to share your thoughts. We ask that you be respectful of others and their points of view, refrain from personal attacks and stay on topic. To learn about our commenting policies and how we moderate, please read our Community Guidelines.