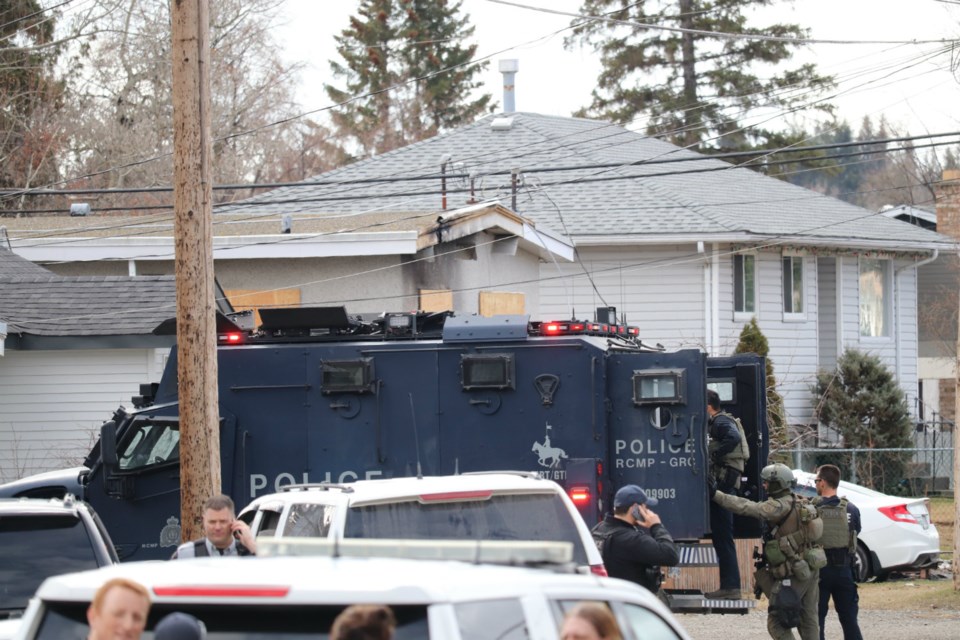 An investigation continues following a major drug bust in Prince George that led to several arrests.

Nine people, all adults, were taken into custody early Wednesday morning (Oct. 7) following a Controlled Drugs and Substances Act warrant executed near the intersection of 15 Avenue and Ospika Boulevard.

However, five have been released without consideration of future charges, local RCMP explain in a news release today (Oct. 8), three were released pending charges and a 26-year-old was found to have an outstanding arrest warrant.

According to Mounties, the North District RCMP Emergency Response Team (ERT) and the Prince George RCMP Street Crew Unit raided a Nation Crescent home where they found a significant amount of meth, drug-trafficking paraphernalia, ammunition and a modified rifle with the serial number removed.

Of the nine people arrested, two women, aged 31 and 23, and one man, aged 35, were released as the investigation continues and charges being assessed by the Federal Prosecution Service of Canada.

Details about the five people not being considered for charges have not been released.

“The Prince George RCMP is committed to aggressively targeting those responsible for causing harm through drug trafficking and its associated violence in our community,” says Cpl. Craig Douglass.

Anyone with more information about this incident, or about illegal drug activity in the city, is asked to call Prince George RCMP at 250-561-3300, anonymously contact Crime Stoppers at 1-800-222-8477 or go online to www.pgcrimestoppers.bc.ca.

Man in hospital with life-threatening injuries after collision near recently upgraded Prince George crosswalk
Oct 5, 2020 10:45 AM