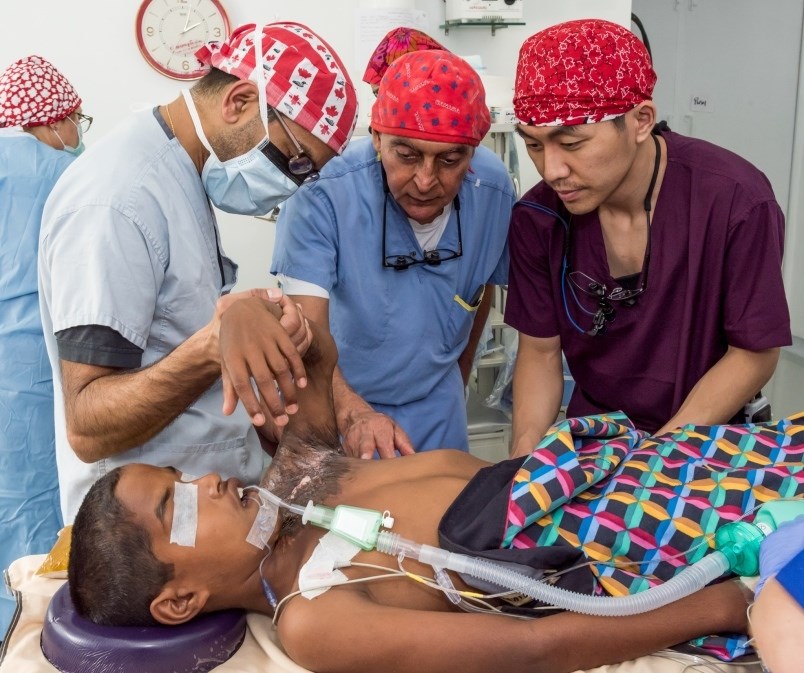 Coquitlam resident Dr. Kimit Rai was appointed to the Order of B.C. in 2019 for his decades of work treating some of the world’s poorest children suffering with facial deformities and serious burn injuries. (via Operation Rainbow Canada)

Nominations are being accepted for the Order of British Columbia, the province's highest honour.

The award is extended to those British Columbians who have demonstrated outstanding achievement, excellence or distinction in a field of endeavour benefiting people in the province or elsewhere.

British Columbians are encouraged to nominate inspiring individuals who have left a lasting legacy in their respective fields.

Nominations will be reviewed by an independent advisory council, chaired by the chief justice of B.C. They must be submitted to the Honours and Awards Secretariat by March 6, 2020.

Last year, Coquitlam's Domenic Cuccione was awarded the Order of British Columbia for his work as a philanthropist and fundraiser helping to improve treatments for children with cancer.

As well as the Order of B.C., people may nominate individuals for the province's other honour, the Medal of Good Citizenship. The medal recognizes citizens for their exceptional long-term service and contributions to their communities without expectation of remuneration or reward. The honour reflects their generosity, service, acts of selflessness and contributions to community life. Nominations for the Medal of Good Citizenship are accepted year-round.

• For more on the Medal of Good Citizenship, go to gov.bc.ca/medalofgoodcitizenship.