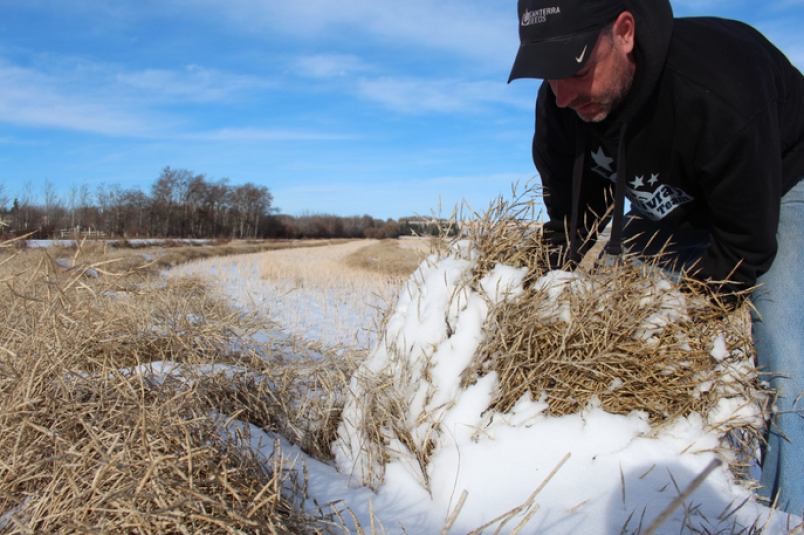 Very few Canadians are farming for a living, a dramatic drop over the last several generations, according to a group working to get young Canadians back into the business.

Young Agrarians brought their findings on British Columbian farmers under the age of 35 to the Peace River Regional District (PRRD) on Jan. 23.

“It’s getting harder and harder for new farmers to enter into farming,” said Jolene Swain, who works with Young Agrarians as a land matcher in central and northern B.C.

Young Agrarians is a farmer-to-farmer resource network created in partnership with the province to help young farmers get a foothold in the agricultural industry.

The percentage of Canadians who farm for a living has changed dramatically, dropping from 31 per cent in 1930 to only 1.57 per cent today.

Agricultural land is prohibitively expensive to purchase and maintain in Canada, which has led to the decline in farming as an occupation.

To date, 50 per cent of farmers under the age of 35 are renting land instead of owning it outright, and the Young Agrarians land matching program in B.C. hopes to support the next generation of farmers, Swain said.

“There’s a population that’s not being supported,” said Swain, noting it can take up to five years for new farms to see any financial returns.

The group has held 25 land linking workshops to connect landholders with farmers, with a workshop planned in the Peace region in June.

Many young farmers in the Peace region face significant financial struggles, and are often unable to inherit the family farm due to costly upkeep, Dawson Creek Mayor Dale Bumstead said.

Director Dan Rose also noted that the majority of available capital in agriculture is directly tied to the land and equipment.

“It’s really evident of what we see in northeast B.C.,” said Bumstead.

“We’re founded on agricultural production. It was the foundation of our economy, it’s why we started.”

Prince George RCMP continue to investigate the disappearance of a man eight years ago
Sep 23, 2020 12:44 PM