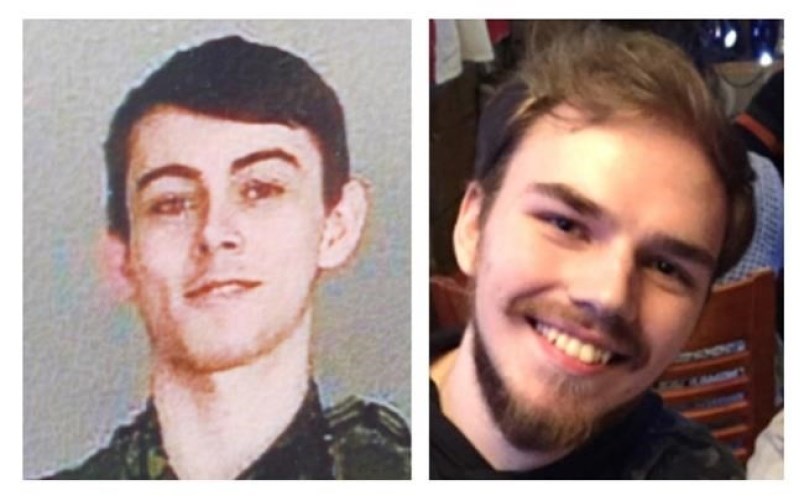 Bryer Schmegelsky, left, and Kam McLeod are seen in this undated combination handout photo provided by the RCMP. RCMP in northern British Columbia are searching for two young Vancouver Island men whose vehicle was discovered on fire Friday in the same area where police say a body was found. Police said in a release Sunday night that officers investigating a vehicle fire on Highway 37 about 50 kilometres south of Dease Lake, B.C., received information that led them to discover a body at a highway pullout about two kilometres from the scene of the fire. They said the burned vehicle belonged to 19-year-old Kam McLeod and 18-year-old Bryer Schmegelsky, both of Port Alberni, B.C. THE CANADIAN PRESS/HO, RCMP

Mounties have received more than 80 tips in the last 48 hours in their search for two suspected killers in northern Manitoba in connection with three deaths in northern B.C.

Police believe Kam McLeod and Bryer Schmegelsky are still in the area around Gillam. There have been at least two confirmed and corroborated sightings.

An abandoned vehicle found Monday near Gillam is the grey 2011 Toyota RAV 4 the teens were seen driving in Saskatchewan. The last confirmed sighting of the pair was July 22, before the vehicle was recovered by police.

There have been no reported stolen vehicles attributed to the suspects since, police said, though officials said today (July 25) that doesn't mean they have not left the area.

The search around Gillam is being supported by emergency response teams, crisis negotiators, air crews and police dog services.

"At this point in the investigation, we believe they are still in the area," officials told reporters in Winnipeg Thursday afternoon.

"We are using all technology and resources we have."

Canada-wide warrants have been issued and second-degree murder charges laid against McLeod and Schmegelsky in connection with the death of the Leonard Dyck of Vancouver, who was found a few kilometres from the teens’ burned-out pickup truck on Highway 37 near Dease Lake on July 19.

McLeod and Schmegelsky are also suspects in the killings of Australian Lucas Fowler and American Chynna Deese; their bodies were found along the Alaska Highway near Liard Hot Springs on July 15. No charges have yet been announced in that investigation.

McLeod and Schmegelsky are still considered armed and dangerous.

Father of suspect in 3 B.C. deaths expects son will go out in 'blaze of glory'
Jul 24, 2019 2:37 PM
Comments
We welcome your feedback and encourage you to share your thoughts. We ask that you be respectful of others and their points of view, refrain from personal attacks and stay on topic. To learn about our commenting policies and how we moderate, please read our Community Guidelines.