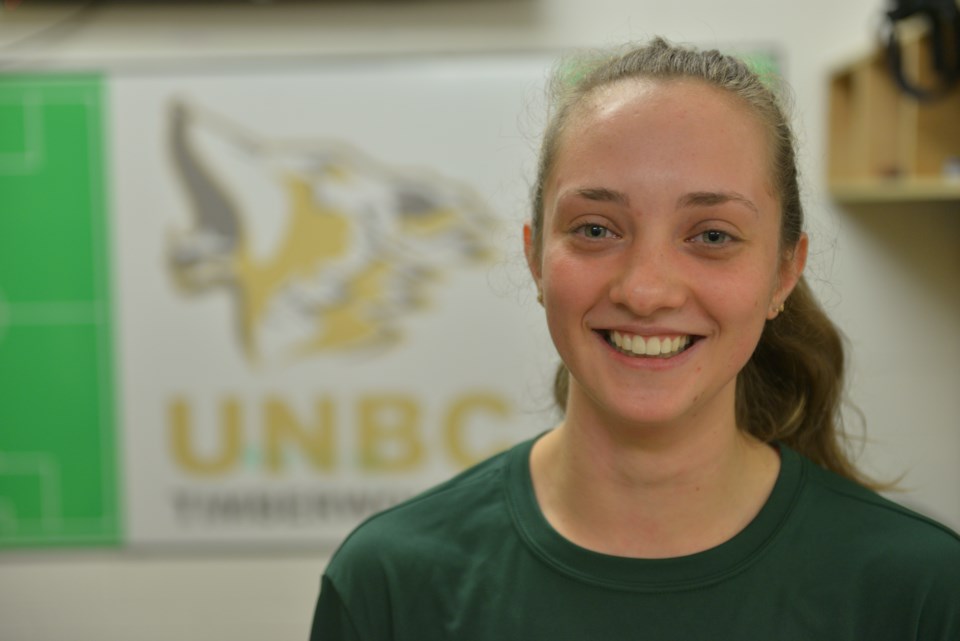 The UNBC women's soccer team keeps getting stronger and stronger this offseason.

The university has announced the commitment of Fort St. John product Kenzie Chilcott, a defender, who will join the team next year.

It isn't just the community she admires, but also the team-first approach of the club.

“Seeing how this team works as a community, and Neil not pushing the culture on anyone," Chilcott says in a press release. "It just happens naturally around him. I am really a community-based person, and I love having a culture where everyone is equal.”

The 5'9" Chilcott hasn't only excelled in soccer, but also long-distance running (which is quite useful on the pitch), winning the Emperor's Challenge race in Tumbler Ridge. The decision to continue with soccer came down to evaluating how the sport itself makes her feel when in competition.

The good news keeps coming! Today, @UNBCWSoccer officially announced the commitment of speedy Fort St. John product Kenzie Chilcott for the 2019-2020 season! Check out the video to hear why Kenzie chose @UNBC, and read all about the exciting day here: https://t.co/ogBW6SQI3r pic.twitter.com/DmKMCAFowh

“Soccer has always come naturally. I have done it the longest, and the idea of letting it go didn’t feel good," she adds in the release. "I know it is close to my heart. This is a big relief, and a big step, and now I am just excited for this to happen.”

“Kenzie is a truly exciting prospect for this program," he says. "She has seemingly limitless energy and grit to her game. Her playing environment in Fort St. John has more than prepared her to take the next step.”

The Grade 12 student has visited the UNBC campus before, participating in ID camps this year and in 2017. She also trained with the Timberwolves during her visits.

Sedwick adds when recruiting talent, they look for a couple of specific qualities in a player.

"A love of continued growth in the game and the work capacity to support that desire. Kenzie checks both those boxes in a major way. When you look in her eyes during training, it’s easy to how much she cares. She is constantly searching for deeper understanding, and then she takes action.”

Chilcott, who graduates in June from North Peace Secondary School, plans to pursue civil engineering at UNBC. Before starting her studies, she will join the women's team in June.

UNBC men's soccer team lands solid Alberta goalkeeper
Dec 11, 2018 11:02 AM
Comments
We welcome your feedback and encourage you to share your thoughts. We ask that you be respectful of others and their points of view, refrain from personal attacks and stay on topic. To learn about our commenting policies and how we moderate, please read our Community Guidelines.