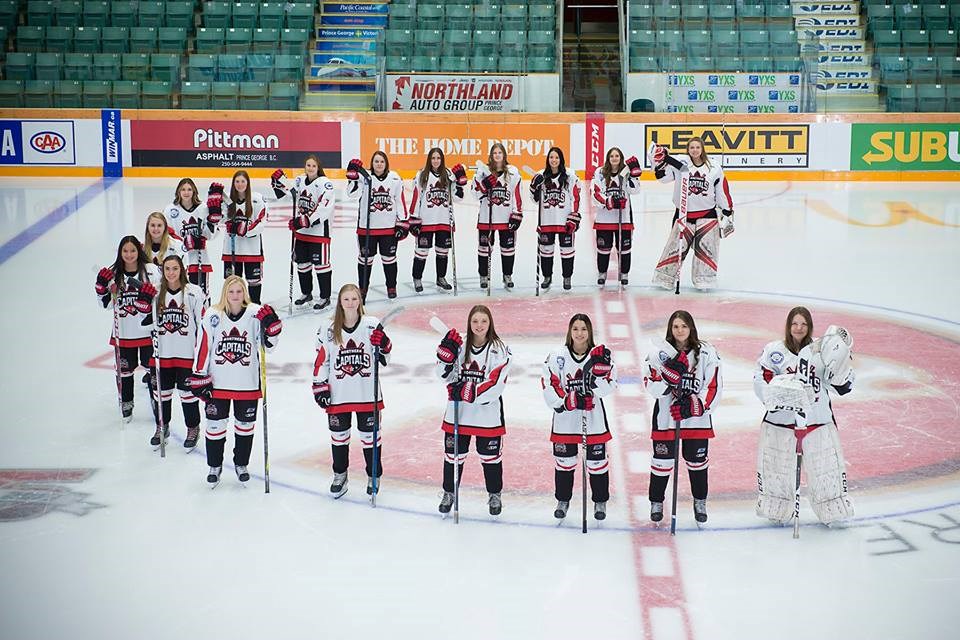 The Northern Capitals have released its roster for the 2019-20 season, selecting 17 players representing the region at B.C. Hockey’s female midget AAA level.

The list is highlighted by 12 returning players from last year’s bronze-medal team, which was eliminated in the provincial semi-finals, and five rookies.

Both goaltenders are back between the pipes as well.

Cadence Petitclerc-Crosby and Tessa Sturgeon combined for 13 wins in 32 games in the 2018-19 campaign and are looking for redemption en route to the Caps’ first championship in four seasons.

The rest of the roster, in alphabetical order, is as follows:

Right now, the ladies are in Calgary for the 2019 Firestarter Tournament, an exhibition showcase of western Canadian female midget AAA teams.

The Northern Capitals lost its opening game yesterday (Sept. 12) against the host-Calgary Fire by a score of 5-3.

Kerley (1), Anderson (2), and Moore (3) scored in each period respectively, while Petitclerc-Crosby made 20 saves on 25 shots.

The Caps’ new year in B.C. Hockey starts with a season-opening tournament in Surrey Oct. 4 to 6 between all five teams in the league.

The Caps are also part of the new six-team Cariboo Hockey system.

A second Prince George referee has received recognition by Hockey Canada
Jun 14, 2019 1:26 PM
Comments
We welcome your feedback and encourage you to share your thoughts. We ask that you be respectful of others and their points of view, refrain from personal attacks and stay on topic. To learn about our commenting policies and how we moderate, please read our Community Guidelines.