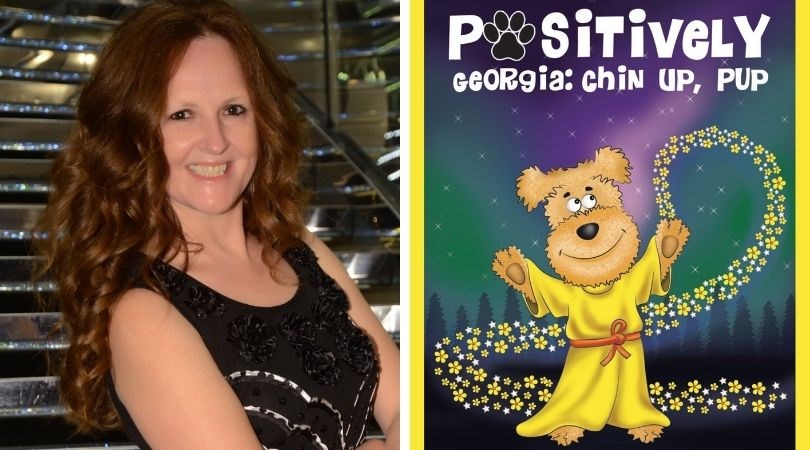 Local author Elizabeth Ferris has released another installment in her children’s book series that follows the adventures of a friendly Airedale terrier named Georgia.

The new book Positively Georgia: Chin Up, Pup: Canine Confidence tells the story of how Georgia discovers magical abilities that will help young readers experience the power of positive thoughts.

“Georgie-Girl’s character shows kids that with confidence, positive energy, and gratitude, you can be the star of your own life,” says Ferris, in a news release.

Positively Georgia’s first book was published in December 2019. The series has experienced rapid success thanks to early local supporters and positive online reviews.

Ferris' debut book in the series, titled Positively Georgia – a Motivational Tale of a Unique Airedale and became an Amazon Top 50 Best Seller when it was released in 2019.

Her second book, entitled Positively Georgia’s Guide to Surviving Grief was released in early June, and it aims to help readers deal positively with the loss of a loved one by fostering needed conversations between youth and adults about grief.

That title also made the Amazon Top 50 Best Seller List in Children’s Literature.

Ferris says that while historically, new children’s books sales are driven by word of mouth with classics accounting for most continuing sales, Positively Georgia, has received wide acceptance, gaining popularity in a market where newcomers rarely garner attention.

Each of the books features Georgia’s positive attitude. She is a dog who sees everything in her world as joyful and wondrous so the books are intended to offer reassuring and inspiring lessons for children, teens, and adults.

You can learn more about the book series on Ferris’ website or find it on Amazon.