On Our Radar: Prince George improv and stand-up comedy combine for a night of laughs 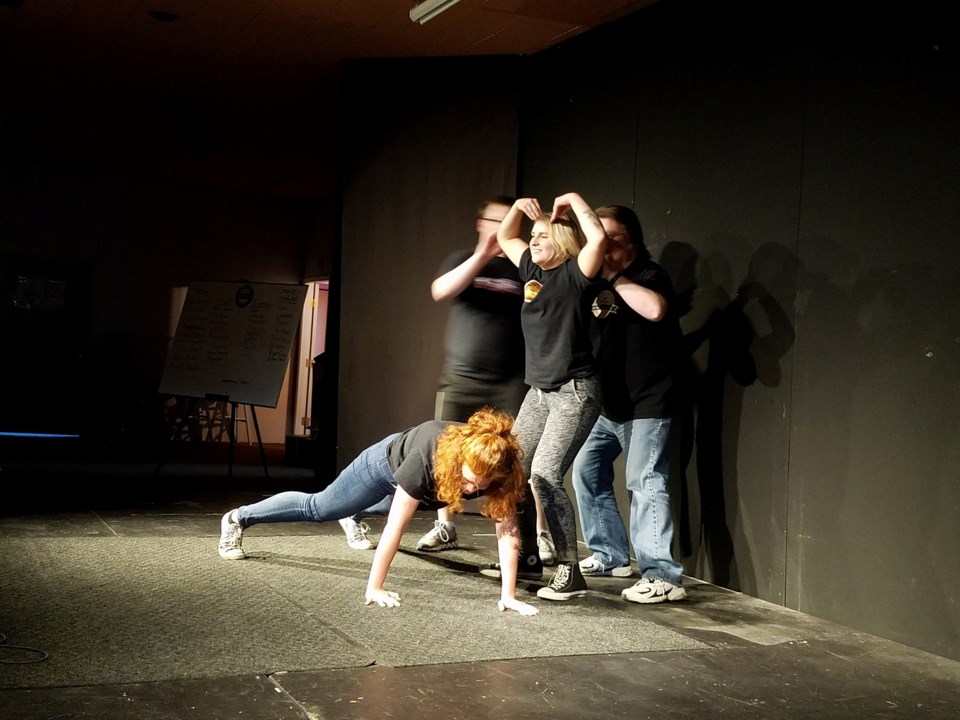 Prince George’s improv comedy troupe, Improv Shmimprov, is returning to the stage this month for some more crazy hijinks.

This time they are joined by local Prince George stand-up comedian Mike McGuire, who’s well-known for performing throughout northern B.C., as well as Vancouver and Edmonton Yuk-Yuks and the Vancouver comedy clubs Comedy Mix and Lafflines.

The night of laughs will feature not only feature stand-up comedy but classic improv games where the group works with suggestions of the audience to create hilarious situations.

The show takes place Saturday, Nov. 24 at Art Space above Books and Company at 8 p.m.

Tickets cost $15 in advance at Books and Company or $20 at the door while supplies last. The show also features a cash bar and the comedy will touch on adult themes so it’s best to leave the kids at home.