One dead in semi-truck collision south of Prince George 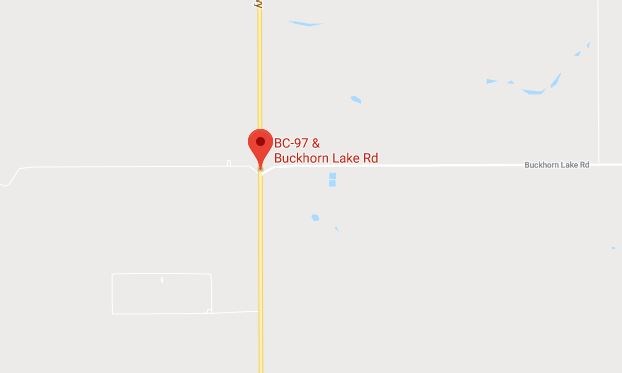 The crash occurred on Highway 97 in the Buckhorn Lake area. (via Google Maps)

An early morning collision south of Prince George in the Buckhorn Lake area has claimed a life.

The collision took place on Highway 97, near 15 Mile Road.

The driver of the pickup was pronounced dead at the scene and the two occupants in the pickup were taken to hospital with critical injuries.

Saunderson says the driver of the semi was also taken to hospital with non-life-threatening injuries.

“Causal factors have not yet been determined conclusively but police believe alcohol may have played a role in this crash,” says Saunderson.

The highway was closed shortly after the collision, with a detour in place, before it was opened to single-lane alternating traffic around 8:30 a.m.

B.C. is hiring 500 new contact tracers to help track COVID-19
Aug 12, 2020 1:35 PM
Comments
We welcome your feedback and encourage you to share your thoughts. We ask that you be respectful of others and their points of view, refrain from personal attacks and stay on topic. To learn about our commenting policies and how we moderate, please read our Community Guidelines.