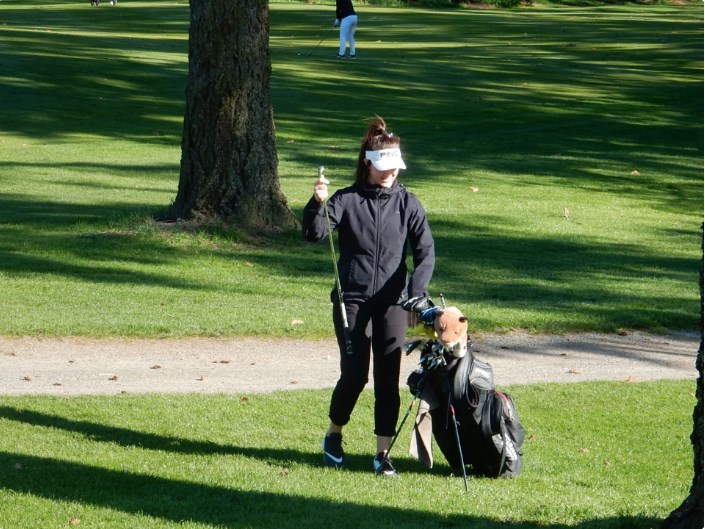 A Prince George golfer bounced back in her hometown this past weekend after her efforts on the national stage fell short of expectations.

Natasha Kozlowski had a close match going in the final round of the 2019 Ladies Simon Fraser Open, going toe-to-toe with another recent champion on Sunday (Aug. 11) at the Prince George Golf and Curling Club (PGGCC).

The 17-year-old would hang on for the one-stroke victory after her fellow last-group partner Lindsay MacDermott of Edmonton couldn’t come up with a tying score on 18.

Rounding out the top three was Prince George’s Ann Holmes, who finished two strokes back of Kozlowski at 157 (78-79).

This was the 52nd installment of the city’s premier women’s golf championship.

PGGCC will host the Men’s Simon Fraser Open this week on Aug. 17 and 18.

Kozlowski was in Lethbridge, Alta. from July 30 to Aug. 2 competing at the Canadian Junior Girls Championship.

After making the cut, the College Heights Secondary graduate ended up in a five-way tie for 53rd out of 68 of the country’s best that made the weekend at the four-round tournament.

She has two wins on the Maple Leaf Junior Tour (MJT) this year and currently ranks third in the nation among junior girls in the circuit’s Order of Merit.

Kozlowski will be in Abbotsford this fall at the University of the Fraser Valley (UFV) to play for the Cascades’ women’s golf team, who won a national championship two years ago.

She plans on working towards a Bachelor of Kinesiology while attending the post-secondary school.

Two Prince George golfers beat over half the pack at B.C. Junior Championships
Jul 9, 2019 7:35 AM

Cody Bailey three-peats Prince George’s Junior Simon Fraser Open
Jun 17, 2019 4:35 PM
Comments
We welcome your feedback and encourage you to share your thoughts. We ask that you be respectful of others and their points of view, refrain from personal attacks and stay on topic. To learn about our commenting policies and how we moderate, please read our Community Guidelines.