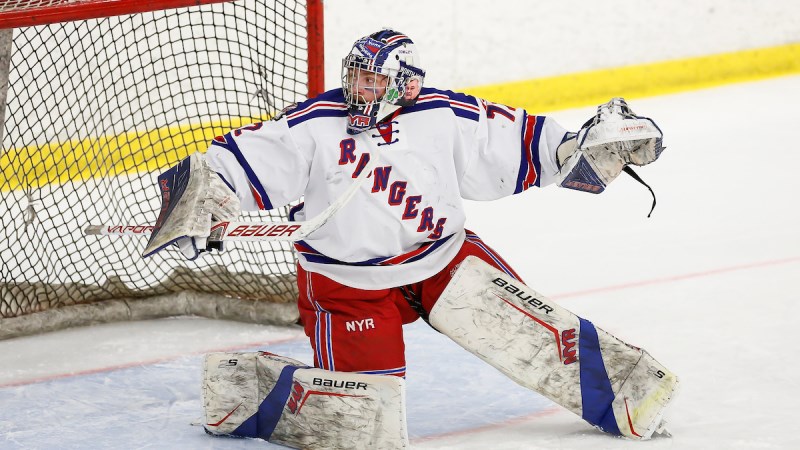 He may not have had Logan Neaton’s stats last season, but the new goaltender for the Spruce Kings could make a good replacement.

Jett Alexander has been acquired by Prince George from the Ontario Junior Hockey League (OJHL), the team announced today (July 24), after taking the North York Rangers as far as the league playoff semi-finals.

The 19-year-old played two full seasons in the OJHL, winning 30 games in 42 starts between the pipes in 2018-19, the most of any netminder in the league and included 10 shutouts.

His performance was rewarded and recognized with the league’s ‘Goaltender of the Year’ honour, also posting the best regular-season goals-against-average (1.67 GAA), save-percentage (.947 SV%).

“We are excited to add a proven veteran goalie like Jett to our team,” said Spruce Kings General Manager Mike Hawes in a release. “Over the past several seasons, we have had not only great goaltending, but tremendous young men fill that position for us. We will be continuing down that path with the addition of Jett. He is a great young man and teammate and is one the premier goalies in the country.”

Alexander, a product of Bloomfield, Ontario, took the Rangers to the semi-finals of the 2019 OJHL playoffs, but fell in seven games to the Wellington Dukes.

He is also a national midget hockey champion, part of the North York ‘AAA’ Rangers that won the 2016 Telus Cup.

The trade will see ‘future considerations’ go to North York.

Alexander will make his case to become the new go-to goaltender for Prince George when he arrives in August for training camp.