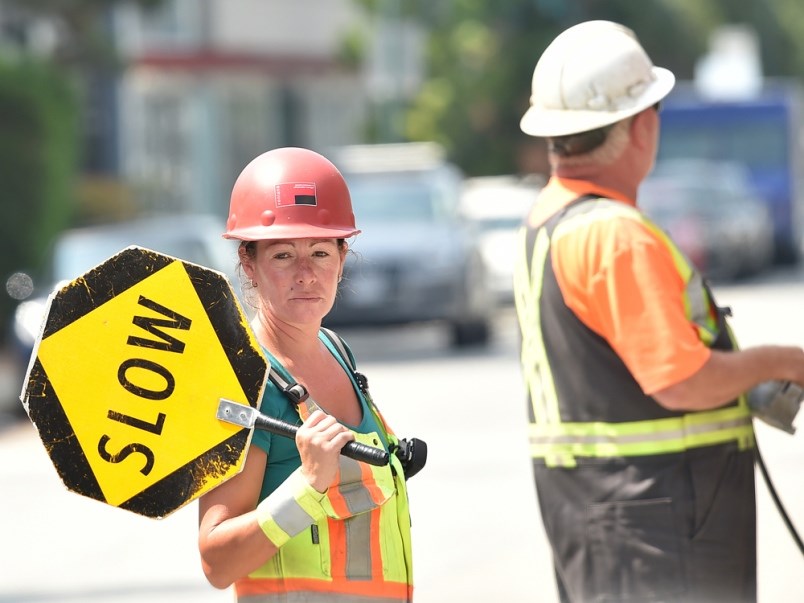 You might think that based on this headline the following blog is about the case of a woman who ran over two flaggers at a Burnaby road-construction site in June 2017.

It’s inspired by that story, but it’s not about it.

The woman who mowed down the two flaggers was recent found not criminally responsible on account of mental disorder. You can read the full story here.

The driver was clearly having a psychotic episode when this happened.

So, what’s the excuse for all of the other drivers who harm flaggers?

What's the excuse for all of these other maniacs?

There are two main reasons why flaggers get hurt. One is impatience because drivers are angry that a construction job is disrupting traffic.

The other is distracted driving.

“Distracted driving has really risen,” Karesse Desmond told the NOW in May 2019. “If you’re looking down in your lap at your phone or you’re drinking your coffee and dialling the radio or you’re just not paying attention, that makes my job very difficult.”

As for the anger drivers feel about having their commute disrupted, well, too bad. It’s not the flaggers fault. They are vulnerable standing out on the road while you rage.

Calm down, act like a grownup and just drive slow. It’s just not worth it.

It’s actually a $196 fine for not obeying a flagger and a $368 ticket for using an electronic device.

Five things to watch for in the Canadian business world in the coming week
Jul 5, 2020 7:05 AM