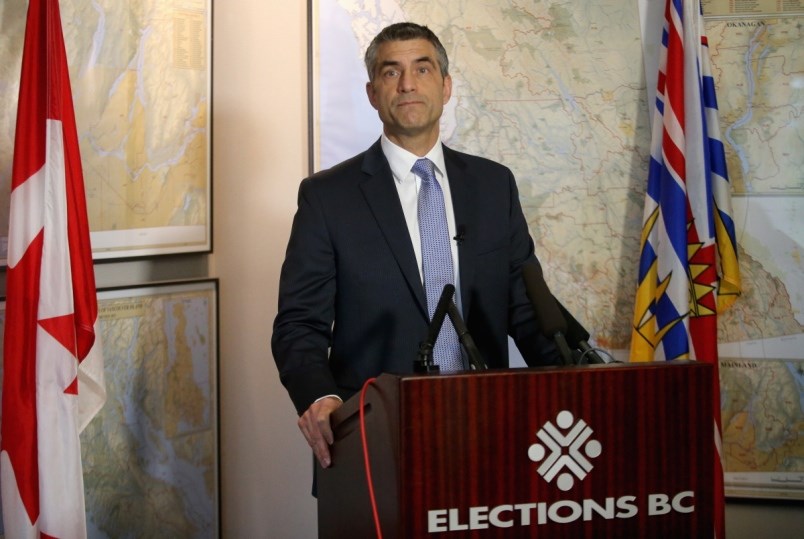 The NDP and B.C. Greens deserve full credit for taking such a kick in the teeth from voters with good grace.

But behind the scenes, there will be a lot of second-guessing. First, over how they lost by such a surprisingly large margin, after appearing fairly confident about a win.

Second, what else might they be wrong about when it comes to the public’s views of their combined policies?

Both parties put the new voting system in their campaigns, in the belief there was a tide running strongly in favour of change. They made it a top priority in the confidence agreement that holds them together and rushed the process together as soon as power changed hands.

At every point in the design where the government had some discretion, it tilted the process in favour of getting a yes vote. They ditched the idea of letting an independent body design it, keeping it in the hands of a government that already knew what it wanted — a yes vote.

The approval threshold was set as low as possible, and no regional approval was required.

Then they both campaigned vigorously in favour of what they put together.

They also engineered reassurance to win support from hesitant voters, by legislating in mid-campaign a second referendum after two test elections, to give them a chance to change their minds.

Even with all those yes advantages, the people said no by a margin much wider than the polls suggested.

The joke in the midst of a howling wind storm Thursday was that proportional representation left as many people in the dark as B.C. Hydro did.

Greens, who now hold three seats, come out the big losers. Proportional representation would have given them an automatic, guaranteed dozen or more seats in the next election.

That huge bonus has now been snatched away. They’ll have to win any gains they make under the old rules they’ve complained about for years.

Weaver insisted that big potential bounce had nothing to do with Green priorities. He wanted to just accept the results and move on. But as a student of politics, he’ll likely spend some time wondering how this exercise blew up in their faces.

Tactical second-guessers are citing the complexity of the double-barrelled, triple-option questions on the ballot.

Weaver touched on a possible demographic explanation that made the rounds — change-resistant boomers show up. Younger voters don’t.

But that analysis has yet to be done. (Disclosure: I thought at first the rural-urban split would make it an easy win, as Metro Vancouver would swamp the rest of B.C., where the bigger changes would occur. But it doesn’t look as if that happened.)

There was also the irony that it was the old system that delivered, in a roundabout way, what people were said to have hungered for — a co-operative legislature where people of different parties work together.

In short, voters already have what they were said to have wanted.

Weaver promised to keep working on various other fronts. He also promised not to mention proportional representation for a long time to come.

“We’re not going to be raising the issue any time soon.”

The results have implications for all those other fronts. The alliance lavished a lot of care and attention on a Christmas present for voters, and they just tossed it in the recycling bin.

NDP strategists have to be wondering what would happen to a few other projects they have on the go, if they were ever subjected to a popular vote.

The one positive outcome from this expensive exercise ($15 million for the vote, plus the cost of developing the options) is the engagement.

Democracy is under siege elsewhere in the world. But British Columbians are now world experts at looking at the mechanics of how it works. And voting repeatedly — three times in 15 years — on ideas for making it better.