Opinion: Of wood-splitters and other hard questions 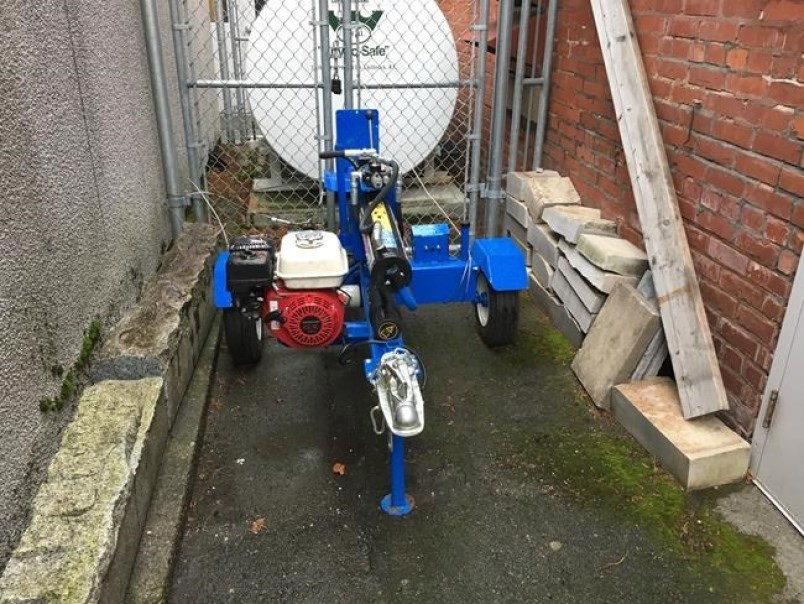 A wood splitter, removed from suspended clerk Craig James's home by RCMP, is shown at the legislature in Victoria on Tuesday, Jan. 22, 2019. A report by Speaker Darryl Plecas alleged wood splitter was bought by legislature but used by James and sergeant at arms Gary Lenz, both suspended amid RCMP investigation. THE CANADIAN PRESS/Dirk Meissner

It’s going to take an enormous amount of work by the suspended legislature officers and their lawyers to counter the impressions left by Speaker Darryl Plecas’s allegations of misconduct.

The initial reaction from clerk Craig James and sergeant-at-arms Gary Lenz came hours after the Speaker’s report landed. It was an emphatic denial, accompanied by objections to how they were blindsided.

They released a statement saying they were given no chance to respond to any of the allegations.

“We are only now able to read the allegations for the first time and we are confident that time will show that they are completely false and untrue.”

But the two men don’t have much time. MLAs on the legislature’s management committee set a Feb. 1 deadline by which they want to hear from them. It’s clear there’s a lot riding on the response.

In the short term, the request for a response is tied to their current status as being suspended with pay. When they were hustled out of the building on Nov. 20, it was by way of a motion that allowed for periodic review of the suspended-with-pay status.

Plecas’s report on numerous allegations of financial wrongdoing could prompt another look at that. It could also dramatically change MLAs’ attitudes to how they should be treated until there’s a full resolution.

It already has. Green Party Leader Andrew Weaver says it’s difficult to see how his caucus could have confidence in the pair ever returning to work.

And NDP government house leader Mike Farnworth expressed disgust at the conduct outlined in the report.

Meanwhile, the special adviser to the Speaker, who had a big hand in compiling the report, is driving home the presumption of wrongdoing. In two public appearances since the release, Alan Mullen stressed how wrong the misconduct was and how rules and policies were violated.

“B.C. deserves better than this,” he said.

And in the background, of course, is the police investigation with two special prosecutors into still-undisclosed issues that are apparently separate from everything in Plecas’s report.

The separation between the probes apparently held even after Plecas concluded his report. He noted that prior to it being made public this week, lawyers advised him: “The special prosecutors do not wish to receive this preliminary report.”

Lawyers representing the suspended pair are no doubt now going over the report line-by-line.

Considering that it’s a 76-page report accompanied by a large binder of documentation, it’s a huge job.

The goal will be to rebut each assertion that James and/or Lenz mishandled taxpayers’ money and property in a variety of different ways. The mysterious wood-splitter, the truckload of missing booze, the lengthy expense-account claims for overseas trips that Plecas said had little purpose, it all has to be explained.

And the response will have to counter the impression left by the Speaker’s report: that there was an overwhelming air of entitlement in the pair’s attitude toward their benefits. The accumulation of details in numerous incidents alleged by Plecas does as much damage as the incidents themselves.

They all have to be answered.

A week after they were suspended, James and Lenz held a news conference with their lawyer that marked their first detailed response. They pleaded to get their jobs back and repeatedly insisted they were utterly in the dark about why they had been suspended.

Lenz, who got emotional recounting the impact it was having on his family, said at one point: “It’s impossible to deny what you do not know.”

Now he and James and their lawyers know exactly what they’re up against.

They have a week to answer dozens of specific questions. Why did taxpayers pay for a $1,000 suitcase from the airport at Hong Kong? Why are we buying subscriptions to Palm Springs Life and Arizona Highways?

Why did we spend $13,000 for a wood-splitter and a trailer some time ago that only showed up at the legislature recently? What happened to the load of booze that was allegedly removed from the legislature? Why did we pay $500 for the clerk’s noise-cancelling headphones?

MLAs await the answers as keenly as everyone else.

Opinion: Report paints ugly picture of alleged overspending by legislative officers
Jan 22, 2019 3:05 PM
Comments
We welcome your feedback and encourage you to share your thoughts. We ask that you be respectful of others and their points of view, refrain from personal attacks and stay on topic. To learn about our commenting policies and how we moderate, please read our Community Guidelines.