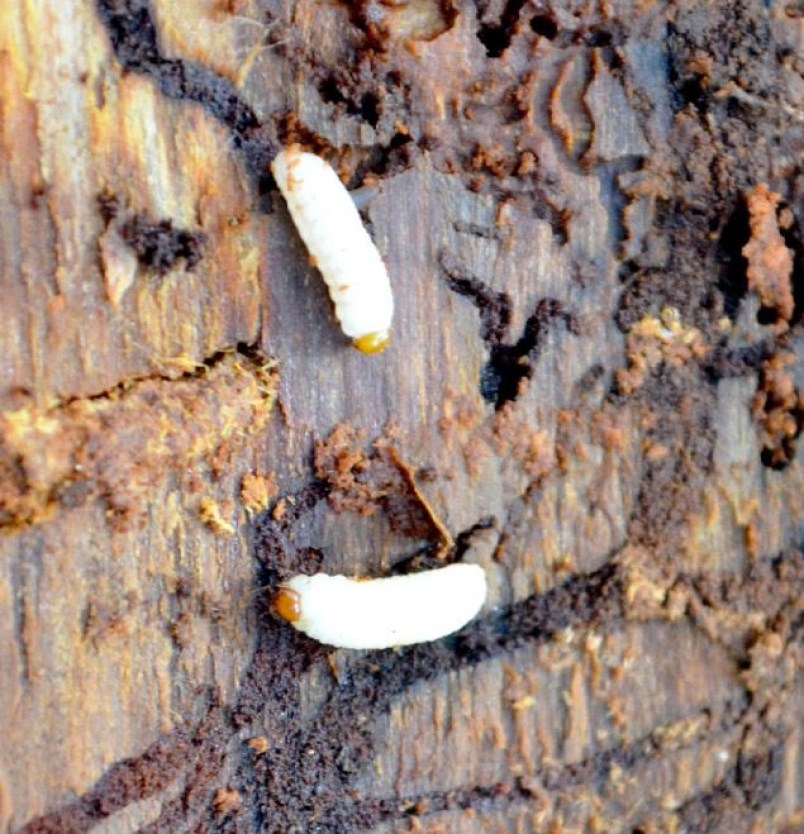 What do the spruce trees of northeast B.C. and the pacific salmon at Big Bar in the Fraser River have in common?

Plenty. Both contribute big time to our provincial and local economies; both are integral to local ecosystems in which they inhabit; and both are in serious peril.

And what don’t these same spruce trees and salmon have in common, other than the obvious differences between a tree and a fish? A government that cares about the survival of both.

If you have driven through the Pine Pass the past two summers, you will have noticed all the red trees between Mt. Lemoray and Mackenzie Junction. If you used to drive this same road a few years back, you would have seen a similar red scene, just in slightly different places.

During the 1990s and 2000s, mountain pine beetle decimated our pine forests, on both sides of the Rockies. This infestation started in Tweedsmuir Park and spread east across B.C. and into Alberta killing huge swathes of pine forests. We watched as our once green forests turned various shades of red, then grey, which resulted in many logging cut blocks as government and forest companies tried to stop the spread and salvage some value from our pine forests before they rotted.

Today, the mountain pine beetle is pretty much a pest of the past. They are still out there, just not enough pine trees for them to dine on and sustain an epidemic population.

Today, we have another pest, doing the same type of thing all over again, and it is called the spruce bark beetle. This beetle does to spruce trees what mountain pine beetles did to pine trees. A few thousand of these little critters all decide, at the same time, to attack one tree, and by doing that, they overwhelm that poor tree’s defences. And they just love the biggest and oldest spruce trees.

The spruce bark beetles simultaneously drill thousand of holes through the tree’s bark and bury themselves into the cambium where they lay their eggs. Once the eggs hatch, the larva spread out and eat the cambium as they progress through to becoming an adult. Once they have eaten enough of the cambium, the spruce tree is unable to translocate water and nutrients up the tree, and it dies. As the beetles become adults, they drill another hole and climb out through the bark, were they join forces with billions of their cousins and off they go to find more big, old spruce trees to dine on.

The beetles are now at epidemic proportions in our mountain forests, and that is what you see in areas like the Pine Pass. I’m told it is the same in the upper reaches of the Carbon, Moberly, Sukunka, and Lemoray valleys, as this is where many of our large, old spruce trees reside. Millions of these spruce trees are now dead or dying.

This is where the comparison to salmon comes in. Most have likely heard about the big rock slide at Big Bar, and how this natural event has made it very difficult for migrating salmon to swim past. You also probably heard from the many local government and indigenous community leaders imploring government to do something about this, and following that, government spending millions of dollars to airlift salmon by the slide to ensure their survival (i.e – sparing no expense).

What you don’t see, and likely won’t, is any government action to stop this invasion. And quite to the contrary, what you do see is government implementing polices that prevent anyone from doing anything about this. The reality is our current government doesn’t wish to do anything about this epidemic as these little beetles are doing exactly what they wish for. The work of these little beetles fits right into governments’ long-term plans for our local forests, and local forest economy. These areas where the spruce bark beetle are killing our spruce trees are the exact same areas our government wishes to turn into parks, protected areas, or areas for caribou to roam, free from logging and free from those evil cut blocks.

They have a very simple strategy. It is called stall and wait. While our government investigates the implications of placing these large areas of spruce forests as off limits for industrial purposes, the beetles will soon render them uneconomic for the forest industry, as it is these same spruce trees that makes them so valuable. Keep the loggers out and in a couple of years government will be able to announce that the forest industry has no real reason to go into these areas, as there are no commercially valuable trees left to harvest.

The problem is we are told these same spruce trees play an important role in caribou survival. When the snows are deep, caribou come off the mountain tops to feed on lichens that grow on these same trees. As these spruce trees die, they lose their ability to support lichens. And, in a few short years, 100% of these dead spruce trees will fall down, creating such a tangle it will be a few generations before these habitats are suitable for caribou once again.

And then what will government say? Well, we tried, but the beetles ate the trees?

It’s sad that another mill closes in our forest-dependent communities. Not because of us, just not enough trees to go around. Is there any hope? Not with this government, and without indigenous communities also insisting it to do something about these spruce bark beetles, nothing will happen.

A simple, flat earth view: this is what happens to communities that think differently and have different values than the sitting government. This is pure politics.