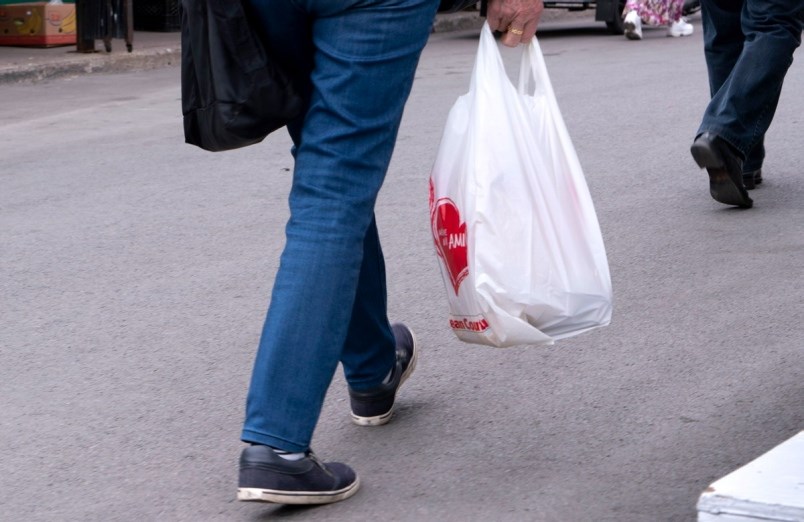 Long ago and way back in mid-March, B.C.’s government approved a proposed Saanich bylaw to ban single-use plastic bags, allowing the District of Saanich to move forward with enacting the ban. The bylaw is intended to eliminate all single-use plastic checkout bags in the district.

The measure followed a series of related events. The government announced in January that it was co-ordinating a series of actions to align with local and regional government efforts on plastics. According to the government’s statement, those actions could include “bans on several kinds of single-use packaging, expanding producer responsibility for plastic recycling, stepping up our bottle deposit system, and other appropriate policy or regulatory changes.”

And another chapter in the City of Victoria’s ongoing saga to ban single-use plastic bags transpired. On Jan. 22, the province’s Supreme Court dismissed the city’s appeal of last year’s decision by the B.C. Court of Appeal to strike down the bylaw, which had come into effect in July 2018.

The appeal court ruled the bylaw was invalid because it had been drafted as an economic measure when its main goal was environmental. Bylaws with intended environmental goals require permission from the B.C. Ministry of Environment and Climate Change Strategy. Thus, Saanich’s submission to the ministry.

Just days after approving the Saanich bylaw, the B.C. government declared a public health emergency, and all thoughts of plastic-bag bans — and many other initiatives — were sidelined. Attention turned to navigating the pandemic and limiting its spread.

Grocery and other food stores were declared essential operations, and guidance for safe operations during the pandemic was provided. Among the guidelines, the province said store managers should consider providing clean carry-out bags, posting signs saying no customer packaging was to be used or placed on checkout counters, and disinfecting checkout counters between each customer.

How grocery stores applied the guidelines varied. Some provided only plastic bags. Some offered a choice of plastic or paper. Some provided cardboard boxes. One store I visited in mid-April allowed me to use my reusable bag — but only if I packed it myself. “We’re not allowed to touch it,” the masked and gloved cashier said.

Things have since loosened up a bit. By late April, provincial officials lifted the guidelines against reusable bags. More shops are allowing customers to bring and use reusable bags — with caveats, such as the example above.

Some people have seen the pandemic as vindication of plastic.

Yes, plastic bags might be clean and sterile at first use, but so are most items. Even cloth used, washed, dried thoroughly and stored appropriately can be made clean.

And all materials can be grotted and snotted up, coughed upon and infected.

The New England Journal of Medicine published a study showing the virus is more stable on plastic than on cardboard. Plastic harboured viable COVID-19 viruses for three days after it was infected, while the virus remains viable on cardboard for only 24 hours.

However, the Centers for Disease Control and the World Health Organization say no confirmed cases of transmission via packaging have occurred, and the chances of it happening are low — especially if you wash your hands after handling packaging.

So, while plastic grocery bags remain available in the region, we have a choice. We could use them, but that perpetuates all the long-term environmental consequences that the bans have been meant to reduce. The bags add to the fill in the dump. They blow away in the wind and end up in our rivers and the ocean. They get shipped to developing countries, who send the containers back.

Degrading plastics release polluting chemicals into the water table. Animals, including humans, ingest plastics. According to a research review conducted by University of Victoria researchers last year, humans consume more than 74,000 microplastic particles each year, and an international study in 2018 detected up to nine different plastic types in human poop.

Alternatives exist. We can ask for paper bags. We can bring our own bags and follow guidelines. We can pile our groceries back into the cart after checkout, take them to our vehicles, then transfer to boxes or reusable bags there.

At some point, a vaccine for COVID-19 will become available, and the pandemic will end. But plastic is here in some form — big, small or really, really small — for the long haul.