Opinion: This sleazy dude was dealing drugs right next to toddlers 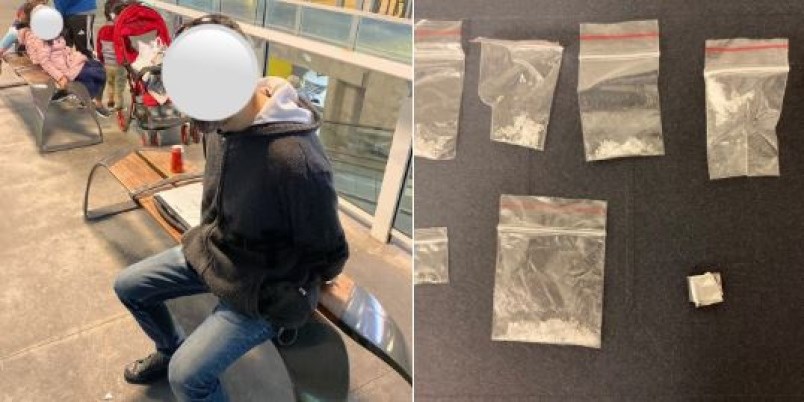 This photo of a drug dealer under arrest next to some toddlers was tweeted out by Sgt. Clint Hampton of the Transit Police. (via Contributed)

Their role is to make TransLink areas safer for people. Recent stories have had their officers tracking down perverts who hop on and off SkyTrains in order to harass women and kids.

Officers also handle drug dealers trying to ply their trade on transit. A recent incident involved someone allegedly trying to sell drugs right next to a family.

"Two of our vigilant @TransitPolice officers #Busted an alleged drug dealer last week,” read a tweet by Sgt. Clint Hampton. “The troubling part - he was witnessed making a drug exchange right beside a group of toddlers and only feet away from a kids play area. #ShameOnYou.”

You can see it right from the photo Hampton tweeted out. Some scumbags don’t have any problem doing this crap around children.