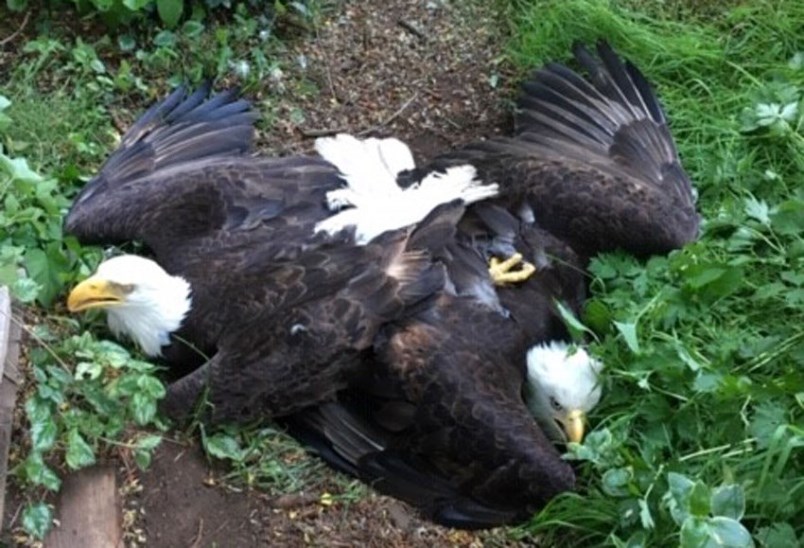 These two eagles were found tangled together Monday (June 1) near a path off Weaver Drive in Tsawwassen.

B.C. author Peter Vassilopoulos, who came across the eagles while out for a walk with family, says they probably connected in the air and were unable to break apart.

On the ground they remained tangled until help arrived.

The Orphaned Wildlife Rehabilitation Society (OWL) was called and a representative came to the scene.

The eagles were taken back to OWL's East Ladner headquarters for care and were scheduled to be released in the area they were found this afternoon (June 2).