Pair of B.C. products to play for Prince George Spruce Kings next season 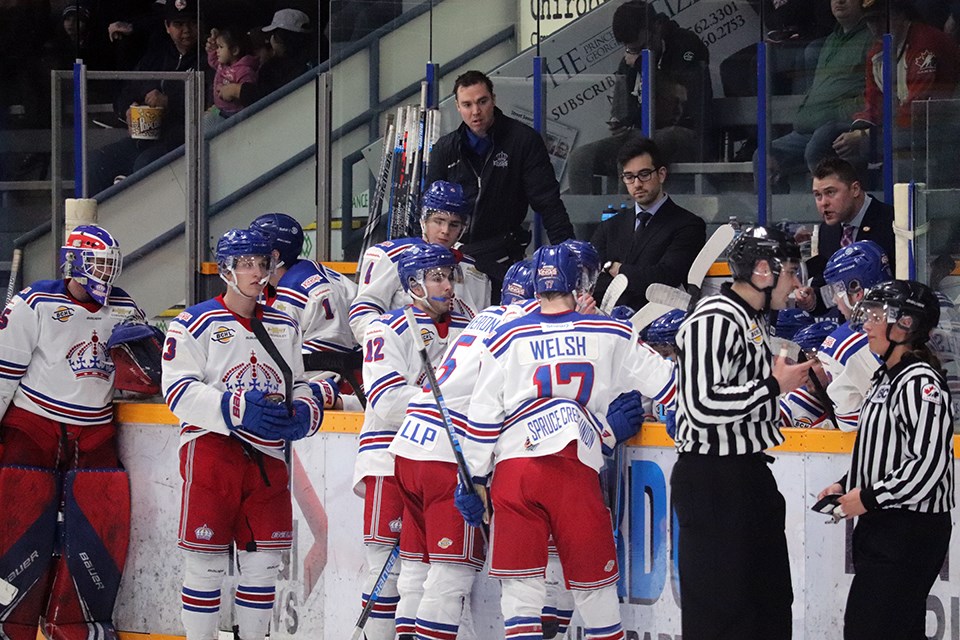 Playoff action between the Prince George Spruce Kings and the Trail Smoke Eaters at the Rolling Mix Concrete Arena. (via Kyle Balzer)

The Prince George Spruce Kings are staying within B.C.’s borders in looking for its next set of stars in the years ahead.

Last week, the team announced the commitments of two midget hockey players that’ll head up to the northern capital to suit up in red, white and blue for the 2020-21 season.

“We are thrilled to add Killian to our roster next season,” says Evin about McGregor-Bennett, who played four games as a King’s affiliate last year.

“During his time with our team, he impressed our staff as an exceptional teammate and an intelligent player who plays with a high compete level and strong work ethic.”

McGregor-Bennett is a Surrey product and was a member of the Delta Hockey Academy since 2017.

In his graduating season, he compiled 18 points in 34 games.

“We are also excited to add Connor to our roster next season,” said Evin about Elliott, who was one of two blue-liners to play all 40 games with the Okanagan Rockets in the 2019-20 campaign.

“Watching Connor throughout this past year, we are impressed with how much his game has evolved. He is a big, mobile defender who can hopefully continue his progression within our program for years to come”.

The Coldstream, B.C. product recorded 27 points, including 18 assists and nine goals, three of which came against the Cariboo Cougars.

The Spruce Kings were swept out of the first round of the BCHL playoffs by Trail before the season got cancelled due to COVID-19.

COVID-19 concerns cancel popular Prince George summer basketball fundraiser
Mar 23, 2020 1:35 PM
Comments
We welcome your feedback and encourage you to share your thoughts. We ask that you be respectful of others and their points of view, refrain from personal attacks and stay on topic. To learn about our commenting policies and how we moderate, please read our Community Guidelines.