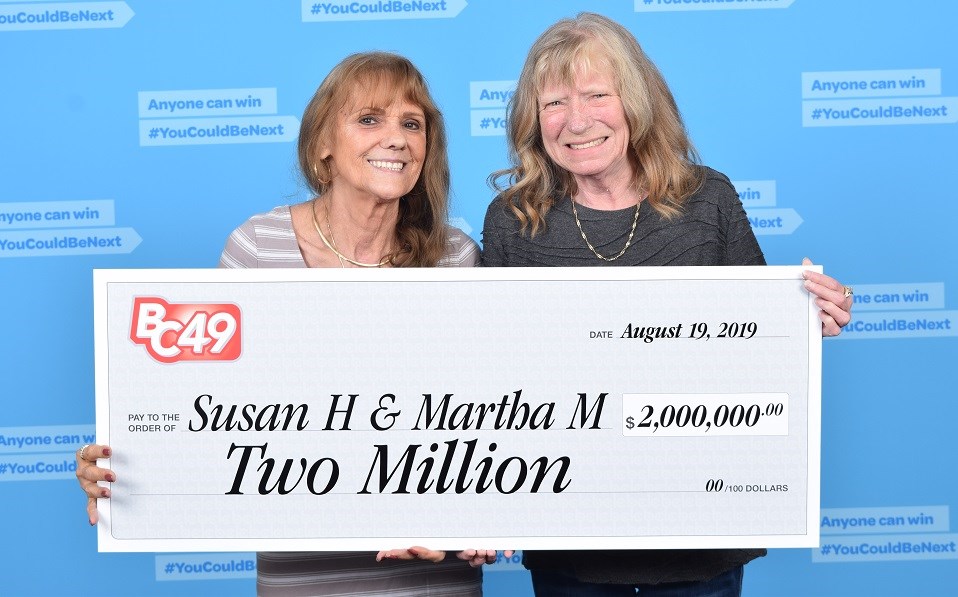 After 50 years as best friends, a pair of local women have another reason to celebrate — $2 million is headed their way.

Susan Hook and Martha McCallum of Kamloops went in on a BC/49 ticket last week, and boy did it pay off. The two matched all six numbers to win the top prize of $2 million.

“I was on my coffee break and decided to check the ticket,” says McCallum in a press release. “I thought, ‘What do all the zeros mean?' And I went back to work believe it or not.”

The timing of the win seems like fate, as it came on the anniversary of Hook's husband's passing. Both women are widows and live together.

"I am not a drinker but I said, ‘I need a glass of wine’ (when we found out), and we cried together,” says Hook in the release. “Yesterday was the anniversary of my husband’s passing and it is quite something to know that we became millionaires on that day. I dread that day every year.”

The two still plan on living together, according to the release, and are excited about the travel opportunities the win opens up.

Call your loved ones in Merritt, a couple there just won $25.9M
Feb 26, 2019 4:40 PM
Comments
We welcome your feedback and encourage you to share your thoughts on this story. We ask that you be respectful of others and their points of view, refrain from personal attacks and stay on topic. To learn about our commenting policies and how we moderate, please read our Community Guidelines.