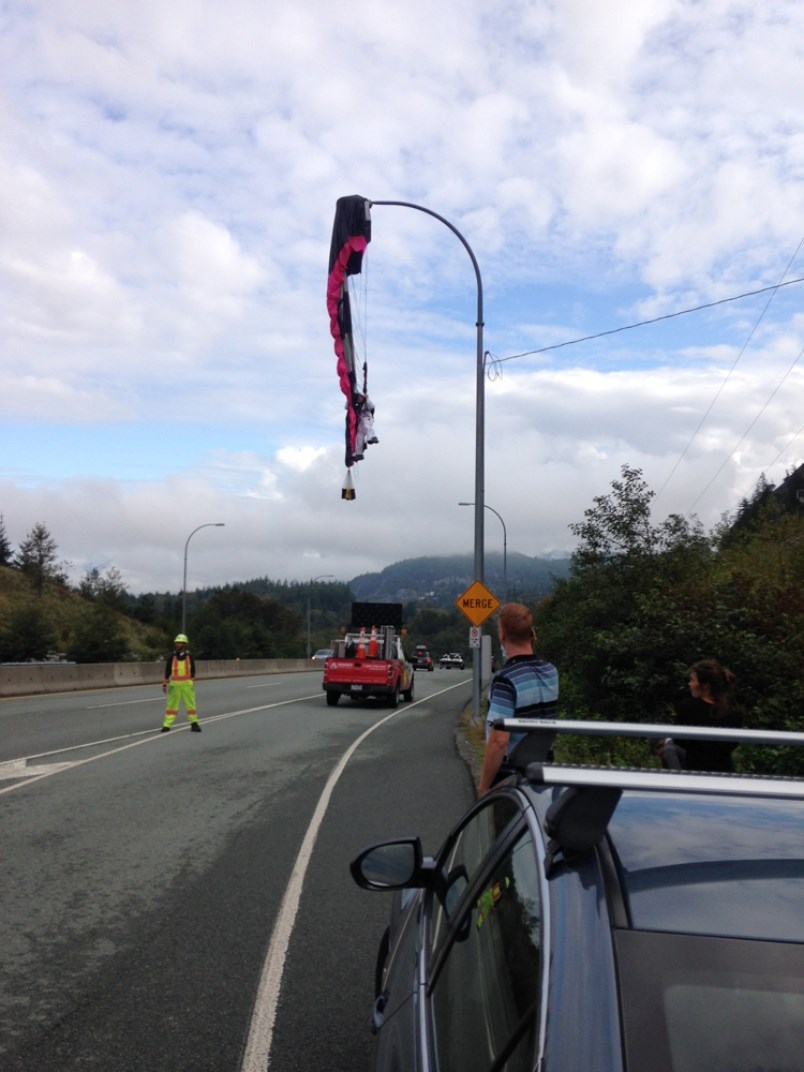 A paraglider gets stuck on a streetlight of B.C. Highway 99 (via Submitted)

A paraglider walked away unharmed from a dramatic scene yesterday (Sept. 10).

At about 10 a.m., a paraglider landed and got stuck on a lamppost at the base of the Stawamus Chief and Highway 99.

Squamish Fire Rescue firefighters used a ladder to stabilize and remove the woman from the post.

The paraglider was suspended approximately 20 feet in the air above a merge lane on Highway 99, but was not injured in the incident, according to Deputy Fire Chief Aaron Foote.

B.C. Emergency Services confirmed they attended the scene, but did not take anyone to the hospital.

Squamish RCMP's Const. Ashley MacKay said local police did not go to the scene or create a file about the incident.

VIDEO: Timelapse taken in Newfoundland shows intense snowfall
Jan 20, 2020 4:05 PM
Comments
We welcome your feedback and encourage you to share your thoughts on this story. We ask that you be respectful of others and their points of view, refrain from personal attacks and stay on topic. To learn about our commenting policies and how we moderate, please read our Community Guidelines.