Partnership allows UNBC actors to perform on a professional stage 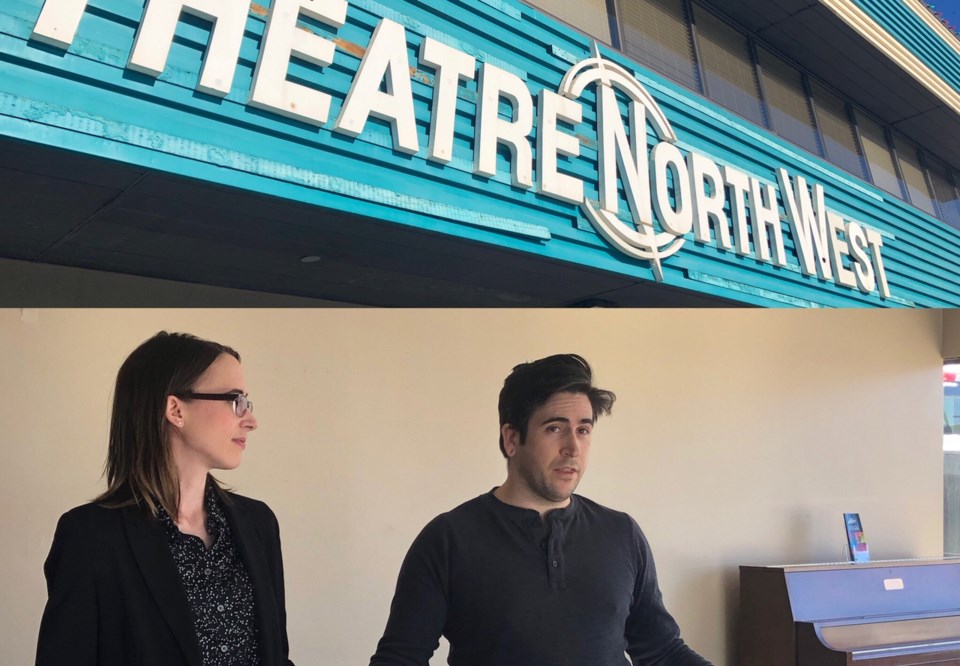 Inspiring actors at the University of Northern British Columbia (UNBC) are leaving the lecture halls behind to perform on a professional stage.

The UNBC Musical Productions club has outgrown their old stomping grounds, the UNBC’s Canfor Theatre, and have formed a partnership with Theatre Northwest.

This new partnership allows the club to hold their rehearsals and performances at Theatre Northwest’s facilities, which also allows them to expand and offer higher quality productions.

“As a university club we don’t get off campus much and this is an exciting opportunity to share the arts at the university with the community,” says UNBC Musical Production Club President Veronica Church.

The club will be performing their next production, Broadway hit Dirty Rotten Scoundrels, at Theatre Northwest which runs March 8 – 17.

“It’s a really exciting opportunity to get the arts people in town working together more, so it’s good for the theatre and really good for the club,” says Bradley Charles, who stars in Dirty Rotten Scoundrels as Lawrence Jameson.

He says the younger members in the club will learn a lot more performing at Theatre Northwest than they would performing in a lecture hall.

“It’s really interesting seeing as we move in here, it’s a completely different thing. We have a backstage, we have dressing rooms, and so we can actually treat this as though we are making serious art.”

Marnie Hamagami, General Manager of Theatre Northwest, says she approached the club to inquire about a partnership after attending one of their last shows in the Canfor Theatre.

“This group certainly has the passion and experience to put on a great community theatre production,” says Hamagami in a news release. “We are helping provide them with a facility, greater technical capabilities, as well as some guidance.”

The UNBC Musicals Productions Club is comprised of both students and local community actors who have come together to perform in an annual spring production.

You can catch the club’s production of Dirty Rotten Scoundrels on opening night March 8, with subsequent shows on March 9 and 10.

The production then resumes on March 15 before the final curtain on March 17.

On Our Radar: UNBC club presents musical version of Dirty Rotten Scoundrels
Feb 20, 2019 4:35 PM
Comments
We welcome your feedback and encourage you to share your thoughts. We ask that you be respectful of others and their points of view, refrain from personal attacks and stay on topic. To learn about our commenting policies and how we moderate, please read our Community Guidelines.