Penny for your thoughts: Do Canadians miss the one-cent coin? 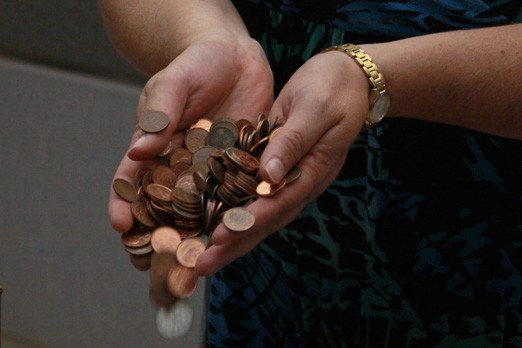 In 2012, the federal government—at the time headed by Stephen Harper—began to devise a strategy to take the penny out of circulation in Canada. One of the reasons behind this rationale was simple: the cost of making a new one-cent coin was estimated at 1.6 cents per coin. Abolition would be a winning argument for an administration that had already shown a keen interest in saving taxpayer’s money.

The first step in the process to abolish the penny was an order for the Royal Canadian Mint to stop producing new coins. February 2013 was established as the month that would see the end of all distribution. Cash purchases have been rounded to the nearest five cents ever since.

Last month, Research Co. asked Canadians about life without the penny. While there are still some pockets of nostalgia scattered across the country, most Canadians seem happy to not be carrying coins that, for years, were sometimes regarded as a bit of a nuisance.

In all, three-in-four Canadians (75 per cent) agree with the federal government’s decision to take the penny out of circulation, while about one-in-five (19 per cent) disagree and seven per cent are not sure.

Men are slightly more likely to be satisfied with the abolition of the penny than women (78 and 72 per cent respectively). Most Canadians who voted earlier this year for the Liberal Party (82 per cent), the New Democratic Party (NDP) (77 per cent) and the Conservative Party (72 per cent) are also pleased.

While members of all generations come out in favor of a “penniless” Canada, the animosity towards the one-cent coin is strongest among Canadians aged 18-to-34 (81 per ent). On a regional basis, the highest proportion of residents who appear to rue the demise of the penny are in Atlantic Canada (21 per cent), British Columbia (20 per cent) and Ontario (also 20 per cent).

Canada is not the first Commonwealth nation to implement sweeping changes to currency. New Zealand successfully removed the one-cent coin from circulation in 1990 and followed through with a plan to abolish the five-cent coin in 2006.

Many Canadians are already experiencing the futility of walking around with five-cent coins in their pockets. Many parking metres and soda machines are not equipped to take nickels, and just a few accept dimes.

Still, there is resistance from Canadians when it comes to following New Zealand’s lead on the five-cent coin. While more than a third of Canadians (36 per cent) would like to abolish the nickel, a majority (55 per cent) are opposed to this course of action.

Only in Quebec do we see fewer than half of residents (47 per cent) apparently welcoming the demise of the five-cent coin. In all other regions of the country, at least half of residents would like to keep the nickel, including half in Alberta, 55 per cent in British Columbia, 58 per cent in Ontario, 59 per cent in Atlantic Canada and 63 per cent in Saskatchewan and Manitoba.

While more than three-in-five women (62 per cent) have a soft spot for the five-cent coin, the proportion drops to 48 per cent among men. There is not much difference when views on the nickel are assessed by political allegiance. More than half of NDP voters (52 per cent), Conservative voters (54 per cent) and Liberal voters (56 per cent) would retain the coin.

The last seven years have seen enormous advancements in the move towards a cash-less society all over the world. We are using credit and debit cards more than ever before, particularly to deal with commercial transactions through websites. Earlier this year, we looked at how young users are leading the way in Canada in using smartphones for their payments. This generation is also more willing to rely, eventually, on biometrics for purchases.

In New Zealand, consumers waited 16 years from the abolition of the one-cent coin to the addition of the five-cent coin to the domain of collector’s items. In Canada, after almost seven years without the penny, few are still mourning the loss of the one-cent coin, but a majority feels the nickel still has some life, even if modern electronic appliances do not always have a place for it.