People could be in fully automated cars by 2035

Challenges include determining an acceptable death level for automated driving
0
Aug 16, 2019 7:05 AM By: Glacier Media 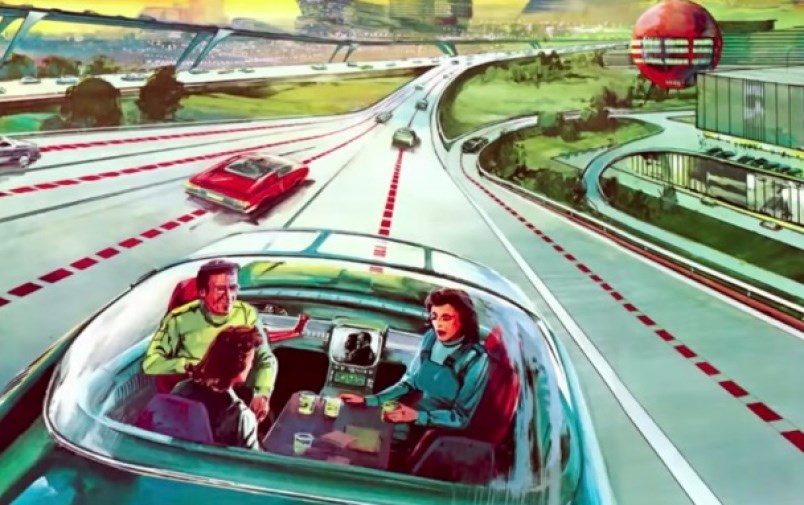 Image from a presentation by Silicon Valley Mobility founder and managing director Sven Beiker to a Vancouver crowd Aug. 14. (via Stanford University)

People could be driving fully automated vehicles by 2035 but getting there will involve handling vast volumes of data, creating connectivity and overcoming human distrust of computers, experts say.

“We are not looking at automobile 2.0,” Silicon Valley Mobility founder and managing director Sven Beiker told a Vancouver crowd Aug. 14.

“It really is about looking at what transportation is all about.”

And, what needs to be considered in that, he explained, is vehicles becoming part of the Internet for connectivity, electrification and shared vehicles – including car and ridesharing.

The benefits, the Palo Alto, California-based Beiker said, could include fewer accidents and lower economic losses as a result.

And, he said, 94 per cent of accidents are caused by human error.

Moreover, he said, automated vehicles could increase mobility for those who do not or cannot drive.

On the flip side, Beiker said, automated vehicles could put a significant number of commercial drivers out of work.

Further, he said, automakers would have to consider changing business models from individual sales to fleet sales as people potentially move away from owning cars. That could also include a shift to fleets of self-driving taxis in urban centres.

Now, if any of this sounds new, it’s not.

He said Tesla’s autopilot capabilities are at level 2 while Audi has created a level 3 vehicle.

What’s holding things back, Beiker explained, is regulatory advancement (which is moving), technology and connectivity coupled with the need to handle vast volumes of data generated by cars.

Traditional cars have been self-contained.

“I would call this an introverted system,” Beiker said.

That will not be the case with the vehicle of the future as it interacts through sensors and the internet with the world around it.

“We need to make vehicles more extroverted,” he said.

That interaction, however, means the generation of huge volumes of data. A modern vehicle creates about one gigabyte of data each hour, Beiker said. That could soon reach 350 gigabytes, he said.

And that, he explained, is going to create a “fantastic opportunity” for entrepreneurs creating systems to handle such volumes.

“People who could handle all that data could be positioned to get rich,” he said.

“Those sensors create quite a bit of data,” Khalighi said. “We need a unified way to understand data through data fusion, which can be used for vehicle control.”

That, Khalighi said, is where artificial intelligence comes in.

“AI is heavily used to go from receiving data to control,” he said. “We use an algorithm which transforms itself and learns itself. With each addition of data it becomes smarter and smarter.”

The challenges now, Khalighi said, are handling data collection, managing that data and labelling it so it is useful

Another complicating factor is society coming to an understanding of what an acceptable death rate is on roads with automated vehicles.

With humans driving, that rate is about 34,000 a year in the United States.

Khalighi said humans average an estimated one fatality per 100 million miles driven. He said automated driving data would need five billion miles to show an improvement of human capabilities. That data can be generated through actual driving or through simulations.