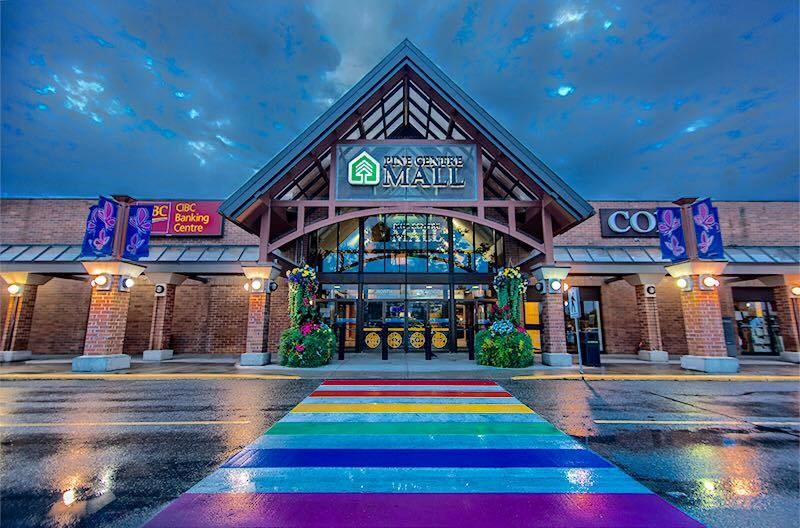 The Liquor and Cannabis Regulation Branch (LCRB) has applied to rezone 3055 Massey Dr. to facilitate the sale of retail cannabis in the proposed location of Pine Centre Mall.

The store would be located in a spot that was previously occupied by Sears.

One speaker, Jeff Kormos on behalf of Northern Health, came forward to voice concerns at the public hearing which took place at the regular council meeting on Monday (Feb. 25).

“I am here on behalf of my employer Northern Health just to speak to potential concerns that we see,” said Kormos explaining that Chief Medical Health Officer Dr. Sandra Allison had sent a letter to Mayor and Council on Aug. 28, 2018 with recommendations about cannabis legalization from a public health perspective.

He said one of the areas of best practice is to establish a minimum separation of 600m between cannabis retail outlets and schools.

“The potential problem that we see is that children and youth are in the mall quite often especially with its proximity to Prince George Secondary School (PGSS) so we would just warn that having a cannabis outlet in the mall would potentially be more visible to youth and children in the area,” said Kormos.

Council also received four letters in opposition to the application, although two of the letters were from the same writer.

Coun. Cori Ramsay said she shared similar concerns to Northern Health and stated she would not be supporting the application.

“I grew up in that area and in that neighborhood. I attended PGSS. I spent my lunch hours going to Pine Centre Mall, and I do believe it serves as an extension, unofficially, of the PGSS campus,” said Ramsay.

The recommendation to grant the rezoning bylaw (for B.C. Cannabis Store in the mall) third reading was carried by council 6 to 1 with Coun. Ramsay opposing. #CityofPG

However, Coun. Garth Frizzell said he would be supporting the application and pointed out the liquor store’s location next to Pine Centre Mall.

“The liquor store has been there for a long time and if there is any drug that might be used more than any other it’s probably alcohol so youth at PGSS have had access to that for a very long time,” added Coun. Murry Krause.

“I don’t want to be flippant, but I went to PGSS in the 1960s and cannabis was readily available so I don’t know if it has anything to do with the proximity to a retail cannabis store.”

Coun. Kyle Sampson added that minors will not be permitted in B.C. Cannabis Stores.

“Whether you partake or not I decided to visit the first location in Kamloops, just to see how they do business and it’s a very clean establishment. You can’t tell what it is from the outside besides the sign on the wall and they do a really good job of making sure the right clientele is attending and that is somebody of age who can make those decisions,” said Sampson.

The recommendation to approve the third reading of the rezoning bylaw was approved six to one, with Coun. Ramsay opposing.

The application will now have to undergo final reading and adoption before, B.C. Cannabis gets the official approval to open up in the mall.

Prince George could be getting its first government cannabis store
Jan 17, 2019 6:35 AM
Comments