Poll on Canadian food tastes is packed with regional flavour 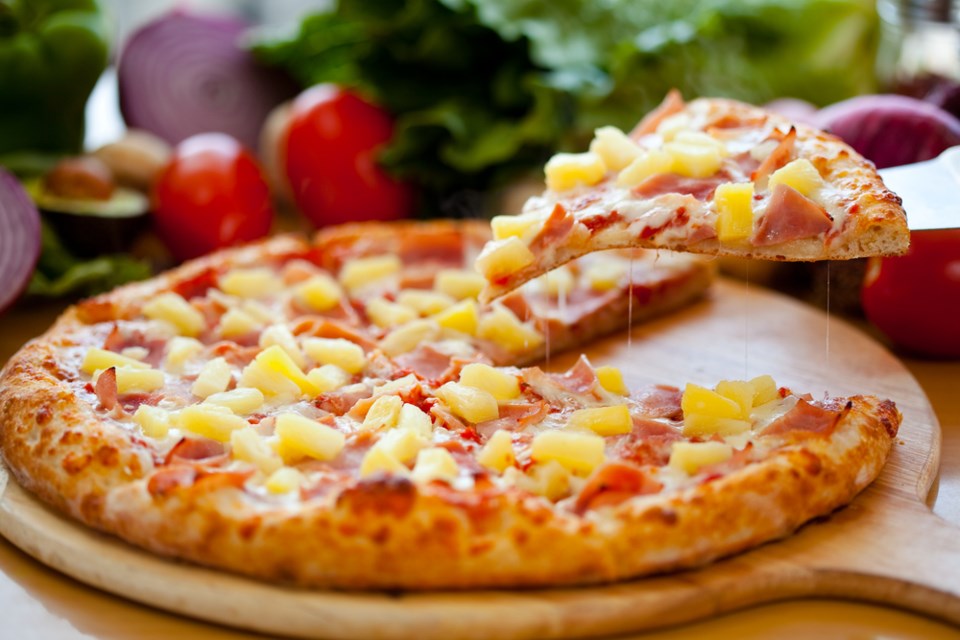 Some people love pineapple on their pizza, some hate it. (via Shutterstock)

One of the features of social media that users have grown to either love or hate is the discussion of food. Some people welcome the opportunity to learn from the experience of their friends and family at restaurants. Others can get tired of endless pictures of dinner plates or step-by-step recipe live-blogging from a kitchen.

Last month, my colleague Bob Kronbauer from Vancouver Is Awesome registered his displeasure with poutine in a tweet. I am compelled to announce that Bob is in a tiny minority. Almost four in five Canadians who took a recent Research Co. poll (79 per cent) said they would “definitely” or “probably” eat poutine, including 84 per cent of Quebecers and 87 per cent of those aged 35 to 54.

Politicians, like all humans, have a chance to discuss what they would eat and what they would refuse, even before social media. In 1990, U.S. President George H. W. Bush famously got in trouble for declaring that he would never eat broccoli again.

In 2017, the president of Iceland, Gudni Johannesson, curiously threatened to ban pineapple as a pizza topping in his country. The ensuing social media firestorm from Canadians, who remembered that “Hawaiian pizza” was created in Ontario and not Oahu, included a defence of the delicacy from Justin Trudeau himself. Still, many social media users also made it clear that they would not eat a pizza with pineapple.

When we asked a representative sample, two-thirds of Canadians (66 per cent) said they would “definitely” or “probably” eat pizza with pineapple. The highest proportion of “Hawaiian pizza” lovers resides in British Columbia (76 per cent) and the lowest in Quebec (57 per cent).

There was another moment in 2017 when the realms of food and politics collided. The Washington Post reported that the first meal of Donald Trump as president in a District of Columbia restaurant was a well-done steak with ketchup.

There is a noteworthy gender gap with this dish. While only 41 per cent of Canadian women would eat steak with ketchup, more than half of Canadian men (54 per cent) would do so.

We also looked at a few more “adventurous” offerings. Only 18 per cent of Canadians would eat cod tongues, a proportion that jumps to 39 per cent in Atlantic Canada, where the dish was perfected. A similar situation ensues with scrunchions — bite-size salted and fried pieces of pork rinds and fat — with 16 per cent of Canadians (and 29 per cent of Atlantic Canadians) saying they would try them. Still, a sizable number of respondents across the country (44 per cent) were simply not sure.

Prairie Oysters — deep-fried flour-coated bull testicles — are an item that only 26 per cent of Canadians are willing to eat. The surprise here is that this particular delicacy is more popular in Quebec (32 per cent) than in Manitoba and Saskatchewan (25 per cent) and Alberta (15 per cent).

Canadians were also asked about shark fin soup, and the dish was accepted by only one-in-five (20 per cent) and rejected by almost three quarters (73 per cent). Earlier this year, Canada moved to ban the import and sale of shark fins. Federal Fisheries Minister Jonathan Wilkinson referred to the practice of shark finning as “unquestionably destructive.” In any event, 51 per cent of respondents of East Asian descent would still enjoy shark fin soup if they had the opportunity, compared to just 29 per cent of South Asians and 17 per cent of Europeans.

Finally, we looked at the most recent addition to Canada’s culinary delights: the plant-based hamburger patty that has made its way to many restaurants, including White Spot, A&W and Tim Hortons.

There are more potential devourers of plant-based hamburger patties in British Columbia (63 per cent), Atlantic Canada (62 per cent) and Ontario (also 62 per cent). The lowest incidence is reported in Alberta (55 per cent). Time will tell if the plant-based hamburger patty has staying power in British Columbia, or joins fish tacos and bone marrow as offerings that were ubiquitous for a while and were later forgotten.

Results are based on an online study conducted July 15–17, 2019, among 1,000 adults in Canada. The data has been statistically weighted according to Canadian census figures for age, gender and region in Canada. The margin of error, which measures sample variability, is plus or minus 3.1 percentage points, 19 times out of 20.

British Columbians feel more kinship with Seattleites than with Torontonians
Aug 7, 2019 9:05 AM
Comments
We welcome your feedback and encourage you to share your thoughts on this story. We ask that you be respectful of others and their points of view, refrain from personal attacks and stay on topic. To learn about our commenting policies and how we moderate, please read our Community Guidelines.