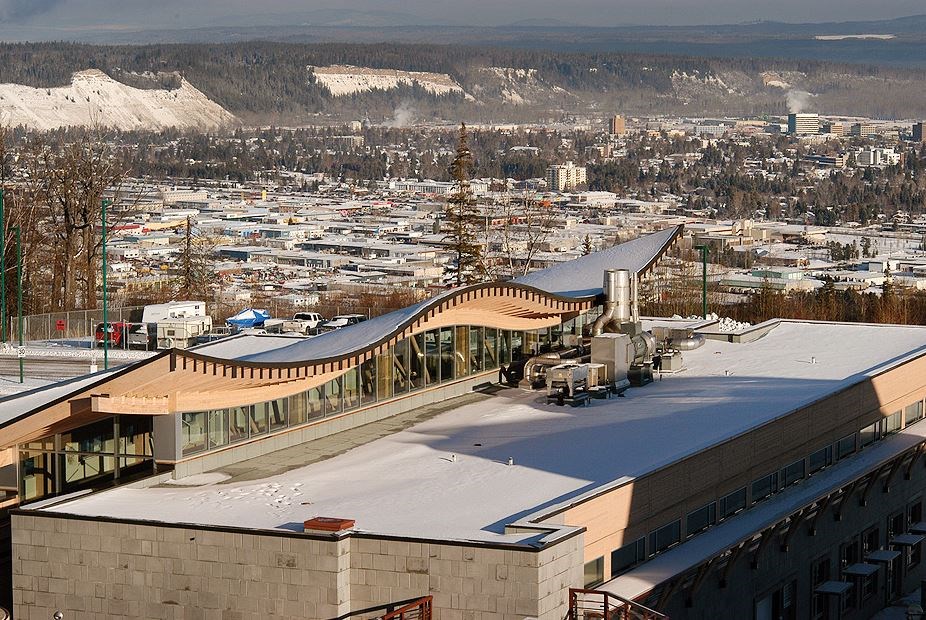 An aerial view of the University of Northern B.C. campus where cafeteria and Tim Hortons unionized staff have voted for a strike. (via UNBC Communications)

"Eighty-eight per cent of the workers in the UNBC cafeteria and Tim Hortons voted in favour of strike action," she says.

The main stumbling blocks in the dispute are wages and job security for the 34 employees.

"We went into negotiations last year, we were happy to be with the benefits package, but the proposed wage increase was only 2 cents an hour," says Gilbert.

Many of the employees work at the current minimum wage, which is $11.15 an hour in B.C. That number is slated to go up 20 cents an hour on October 1. Gilbert, who is a cafeteria cook at UNBC, says the university holds all the cards.

Negotiations between UNBC and UNITE HERE Local 40 are set to resume this Thursday (Sept 13). Gilbert says the workers will have a rally on campus tomorrow (Sept 12) between 2:30 to 4:30 p.m.

The current contract expires at the end of April 2019.