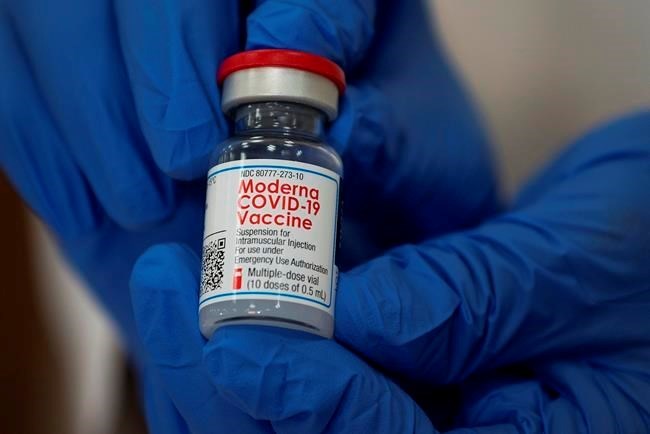 A recent power outage did more than leave Tl’etinqox members in the dark.

In a memo shared by the Anaham Sage Health Clinic Facebook page on Wednesday (Jan. 20), the First Nations Health Authority (FNHA) said it had come to their attention there was a break in the “cold chain” for the Moderna COVID-19 vaccine, which was being held in the community’s vaccine fridge.

The outage impacted 969 BC Hydro customers along Highway 20 from Lee’s Corner at Hanceville to Kleena Kleene after equipment was believed to have snagged a phone line, in turn, knocking the power line off the insulators on Monday (Jan. 18).

“Vaccines are very sensitive to temperatures and must be held at certain temperatures to remain protective or usable “cold chain,” the FNHA memo stated.

“When the chain is broken, the vaccine may not work to provide protection and mRNA vaccines such as Moderna are especially sensitive to temperature.”

If the vaccine temperature is found to be out of range, additional steps are taken to ensure the vaccine is still OK to be used, FNHA noted.

Although the proper temperature was returned as soon as possible, the manufacturer determined it not to be usable.

Tl’etinqox Chief Joe Alphonse, who was among the first to be vaccinated on Friday, Jan. 15 with front line and essential workers during a soft roll-out could not be reached for immediate comment prior to print press deadline Wednesday.

The power outage pushed a 14-day lockdown at Tl’etinqox from noon to 6 p.m. on Wednesday after staff were unable to print out notices.

It is unknown how many vaccines were spoiled and if the Anaham Sage Health Clinic has back-up generators.

FNHA said it remains committed to working work with Tl’etinqox leadership to hold another vaccine clinic as soon as vaccines are available.

Health centres at Xeni Gwet’in and Tsidedel confirmed their vaccines were not impacted and continue to be rolled out.

While BC Hydro continues to investigate the cause of the outage, community relations coordinator Dave Mosure said because there is active logging within the area, BC Hydro believes it is likely that a logging truck or a lowbed with machinery moving along the side of the road took the lines down and damaged the cross arms.