Morris believes he has the experience to represent Prince George-Mackenzie in troubled times
Oct 21, 2020 4:15 PM By: Hanna Petersen 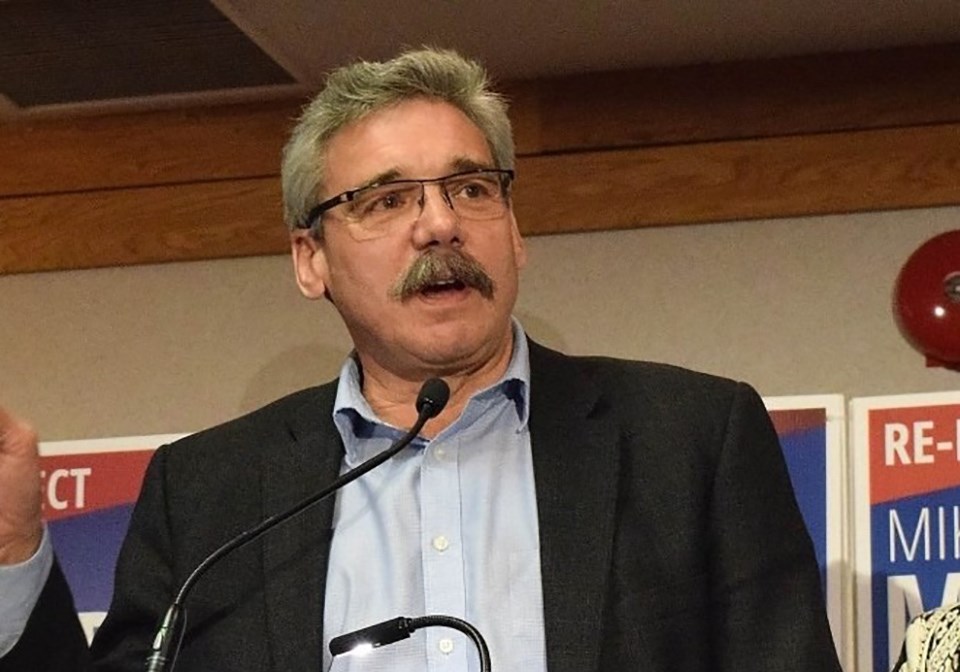 BC Liberal Mike Morris is the party's Prince George-Mackenzie candidate for the 2020 election. (via Facebook/Mike Morris)

Prince George-Mackenzie incumbent and BC Liberal candidate Mike Morris says this election cycle has been quite the change compared to ones he’s been involved with in the past.

First elected in 2013, Morris served as parliamentary secretary for Forests, Lands and Natural Resource Operations and then appointed the Minister for Public Safety and Solicitor General, a position he held until the 2017 change-over in government from BC Liberal to a BC NDP and BC Green minority.

“We were faced with this unnecessary election during a public health crisis and health emergency and we have to adapt and do the best we can,” says Morris, who has been critical of Premier John Horgan’s decision to call a snap election.

“People want some security for the future. They are looking ahead and thinking what is going to happen next year if this pandemic carries on and it will,” says Morris.

“Now more than ever we need strong representation in government and both Shirley and I have that experience in government. We are extremely familiar with the issues in the region, the economic issues and opportunities to diversify our resource economy, so this is when we need the experience on the ground.”

Morris says he’s focusing on getting people back to work and seeing families through the COVID-19 pandemic.

“We have seen a significant decrease in jobs throughout the province and Prince George region is no different particularly in the service sector or the tourism sector so people are wondering how are they going to do Christmas this year,” adds Morris.

“That is what we are focusing on is addressing that and making sure we have people working and that people are looking after their families through this crisis. It is going to take a long time.”

Morris is supportive of the BC Liberal promise to eliminate the Provincial Sales Tax (PST) for one year, if elected into government.

“It's immediate dollars in people’s pockets,” says Morris. “If you just go through what you purchase in a year and what you spend on PST it is a pretty good amount.”

He says the plan is also helpful to small businesses who have big purchases like new equipment and it will help the economy begin to recover.

“The world is in a crisis we haven’t seen since the second world war as far as an economic downturn goes so we need to kickstart the economy,” he explains, believing that cutting PST wouldn’t impact funding for social programing like healthcare or education.

“We are looking at four to five years of intense support to get people through this crisis and make sure the economy gets up and running again so we will not be decreasing any services in education, health, public safety or any of those areas at all.”

Morris says the forestry industry, which has suffered a significant downturn in the province and in the Prince-George Mackenzie riding in particular, needs a new approach.

“I think the NDP has kicked the can down the road on forestry,” Morris claims.

Morris says the cut to PST would help the industry and he’s also critical of overharvesting and supportive of a market-based stumpage system. He’s also an advocate for the importance of liquefied natural gas and the upcoming petrochemical industry he hopes gets a foothold in B.C.

A highlight for Morris during his time as MLA was lobbying for the building of the Parsnip River and Salmon River Bridges which were both multimillion-dollar projects.

“I am a big supporter of a diversified recourse sector. The existing bridges that we had at the time were old construction and limited the loads that we could haul on our highways so that obstruction is out of the way now and we can start looking at a diversified resource economy and doing what we need to do to put people back to work.”

“We have made it very clear throughout the province that we need to address the root cause of the opioid crisis,” says Morris, adding B.C. needs to increase police enforcement regarding fentanyl trafficking.

Before diving into politics, Morris had a 32-year career with the RCMP in Prince George, retiring in 2005 after 14 transfers throughout much of northern B.C.

“I think we need to increase enforcement on the source side of the fentanyl,” he said. “We also need to increase educational opportunities and put effort into addictions treatment and the have resources on the ground to make sure these people have all of the help we can get.”

For most of his last 10 years of service, Mike was in charge of policing for the northern 75 per cent of the province, which meant he’s visited every First Nations community, village, town, district and city in his area of responsibility.

Morris says this experience means he knows the importance of the socio-economic issues of this area and wants “another kick-of-the-can to get Prince George up and running.”

“The important part for me is that everyone gets out to vote,” he adds.

“There is a lot of complacencies out there, there’s a lot of angry people that the election was called in the first place but I implore everyone to get out and vote.”

#BCElection2020: What we know about Prince George-Mackenzie’s geographic riding
Oct 11, 2020 12:05 PM
Comments
We welcome your feedback and encourage you to share your thoughts. We ask that you be respectful of others and their points of view, refrain from personal attacks and stay on topic. To learn about our commenting policies and how we moderate, please read our Community Guidelines.