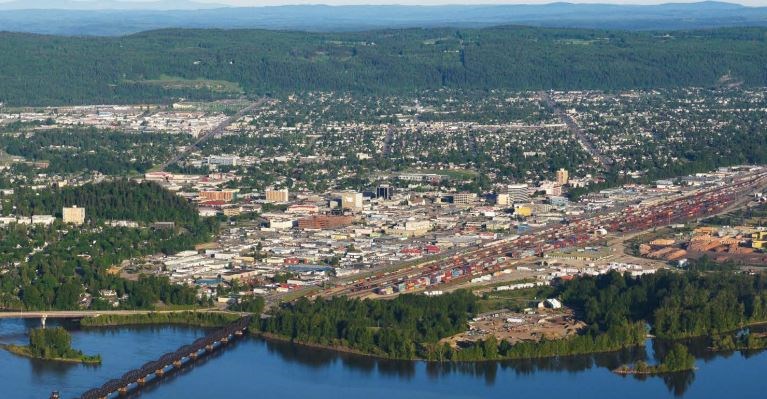 The report found that over the last 10 years the impacts of climate change have become more visible within the region.

These impacts including warmer winters, leading to rain-on-snow events flooding low-lying areas, and to more trees being killed by beetles; hotter and drier summers which have resulted in historic wildfire events; and long winter cold snaps, known as the polar vortex, caused by a weakened jet stream. 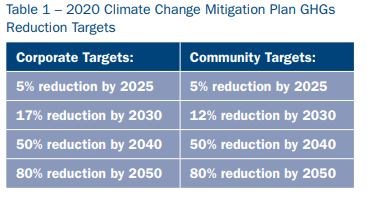 The report states that by 2050, Prince George expects to experience an additional increase in annual mean temperatures by almost 2°C, as well as six additional days above 30°C.

Projections show that there will be more rainfall in the winter months, more frost-free days, and more extreme precipitation events, which will affect local buildings, infrastructure, public health and safety, drainage, air quality, and the natural environment.

With the new plan, the City of Prince George has set updated GHG reduction targets for both corporate operations and the community. Targets have been set for 2025, 2030, 2040 , and 2050 to ensure progress is made to reach the long-term target of an 80 per cent GHG reduction by 2050, which aligns with the provincial government.

“The 2020 Climate Change Mitigation Plan sets out several short, medium, and long-term goals for reducing greenhouse gas emissions both from city government-related activities and for the community as a whole,” says Andrea Byrne, an environmental coordinator in the City’s Environmental Services division, in a news release. "Our new targets include an 80 percent reduction in greenhouse gas emissions from levels measured in 2017 for both the city and community by 2050.” 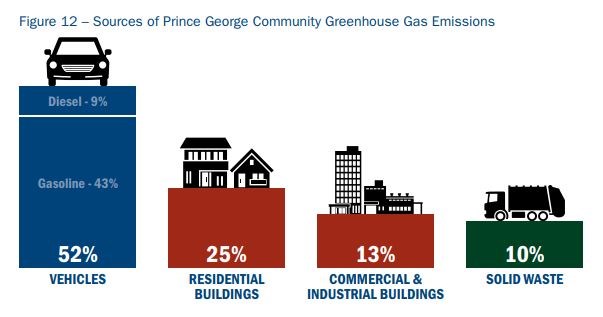 The 2020 Climate Change Mitigation Plan identifies 34 corporate and 35 community actions to implement over the next five to ten years to achieve reduction targets set for 2025 and 2030. These actions fall under six focus areas:

4. Waste: Diverting organics from the landfill and increasing recycling and water conservation; 5. Renewable Energy: Increasing the use of renewable energy; and,

6. Policy Decision Making and Reporting: Embedding climate action into policies and budgets, and building partnerships with other community organizations to support these actions.

“Prince George is well-positioned to achieve these goals given our past climate action work and some of the successes that we have already seen,” says Byrne.

“There are also many social and economic benefits of the actions that have been identified. Reducing energy use means reducing costs and transitioning to renewable energy can open economic opportunities. As well, many of the actions in the plan, such as local food production, preserving natural spaces and supporting active and public transportation, also support a healthy and vibrant community."

The 2020 Climate Change Mitigation Plan replaces the City’s 2007 Energy and Greenhouse Gas Management Plan that only had targets for the City up to 2012.

The strategy costs about $139,000 to develop with the majority of that funding $125,000 coming from a grant from the Federation of Canadian Municipalities. Now that the Climate Change Mitigation Plan has been approved, the city will produce a Climate Action Strategy, which will include the development of five-year work plans for the city.

You can read the full plan online.