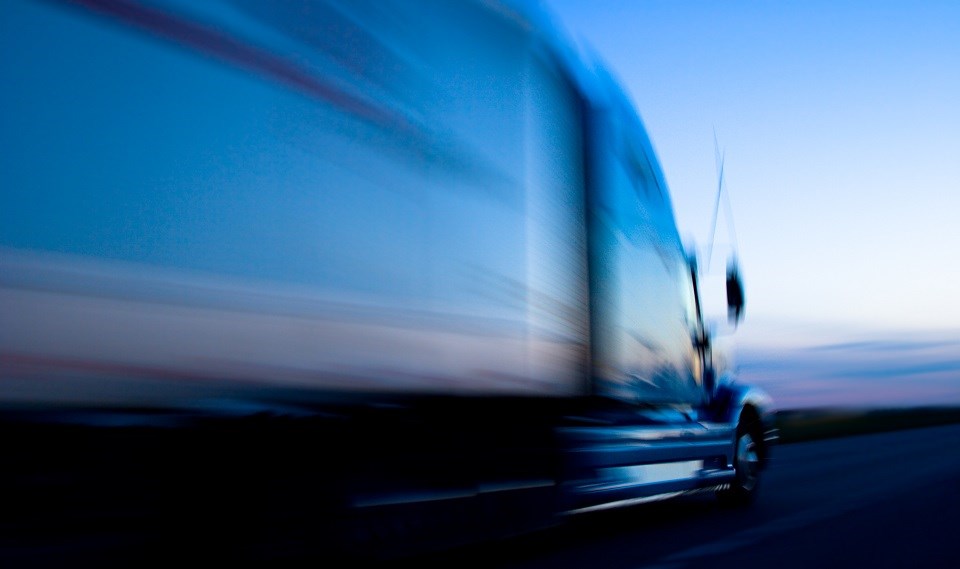 Speeding semi-truck on a highway.Getty Images

A Prince George-area resident is without his semi-truck for a week after he was caught excessively speeding on the weekend.

According to BC RCMP Traffic Services, an officer stopped a semi-truck trailer going 150 km/h in a 100 km/h zone on Highway 16 east of Smithers early Saturday (Jan. 23) morning at 2:10 a.m.

The truck was loaded with groceries, Cpl. Mike Halskov explained in a statement.

The driver was handed a $368 fine, three points on his license and a seven-day vehicle impoundment.

This kind of driving behaviour is completely unacceptable on our highways, said Sgt. Shawn McLaughlin, Unit Commander for BC RCMP Traffic Services based in Terrace.

The potential for disaster is high at those speeds, and the driver was putting himself and other motorists at risk of injury or death had a collision occurred.

The man's employer was notified of the incident and where it could retrieve the trailer, but it's not known if he'll face more consequences from the company.

RCMP are reminding the public to slow down and obey speed limits, adding that 'any vehicle is capable of excessive speed' on B.C. roads.