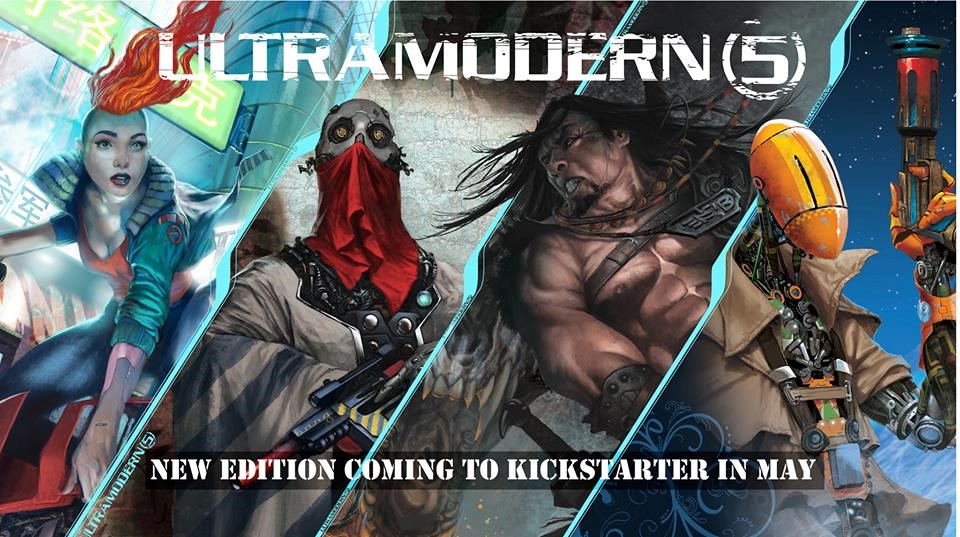 A local author is closing in on the most successful Kickstarter campaign to come out of Prince George.

Chris Dias has raised more than $57,000 on the crowdfunding platform to produce his book Ultramodern(5), which is a rule book for the popular role-playing game Dungeons & Dragons, commonly known as D&D.

“Dungeons & Dragons allows people to write for their rule system without having to pay for a license and because of that a lot of people are able to create content using their system,” Dias explains to PrinceGeorgeMatters. “My company, which is called Dias Ex Machina, has been doing that for about 11 years now and we have done a pretty successful job-creating non-fantasy settings for Dungeons & Dragons.”

He says they had a huge success three years ago with the release of the first edition of Ultramodern which was one of the most successful third-party D&D products that have been released.

He has since decided to reboot Ultramodern with new artwork and more content and launched the project on May 14.

“I write full time now and this was my big chance,” says Dias, who had another successful Kickstarter Campaign for his book Amethyst, which raised over $10,000.

The original goal for Ultramodern(5) was $15,000, which the campaign surpassed within the first three days.

“Now that it has hit that number I can now continue to work as a writer full time. Did I expect it to hit this number? Yeah I really did because I needed it to,” says Dias.

The only other Kickstarter campaign from Prince George to achieve this kind of success was the 2017 campaign to produce the short film The Doctor’s Case which earned $43,611.

“I’ve been writing for a long time and I have my fan base that crosses the entire world, however, the most emphatic and most passionate people have been the locals, especially my family and the people I hang out with - my friends who know how important this is to me,” says Dias. “It’s humbling to have that level of support.”

The Kickstarter campaign is still accepting backers as it’s in its final 48-hour stretch and will be concluded Wednesday morning (June 12).

“Then it’s me getting my head in the computer and writing,” says Dias. “My artist who is North Carolina will work his butt off to produce all of the artwork to get this thing ready for a November or December release date.”

To find out more about Ultramdorn(5) you can check out the project on Kickstarter. Once he’s finished this book Dias says he plans on launching anther campaign early next year.