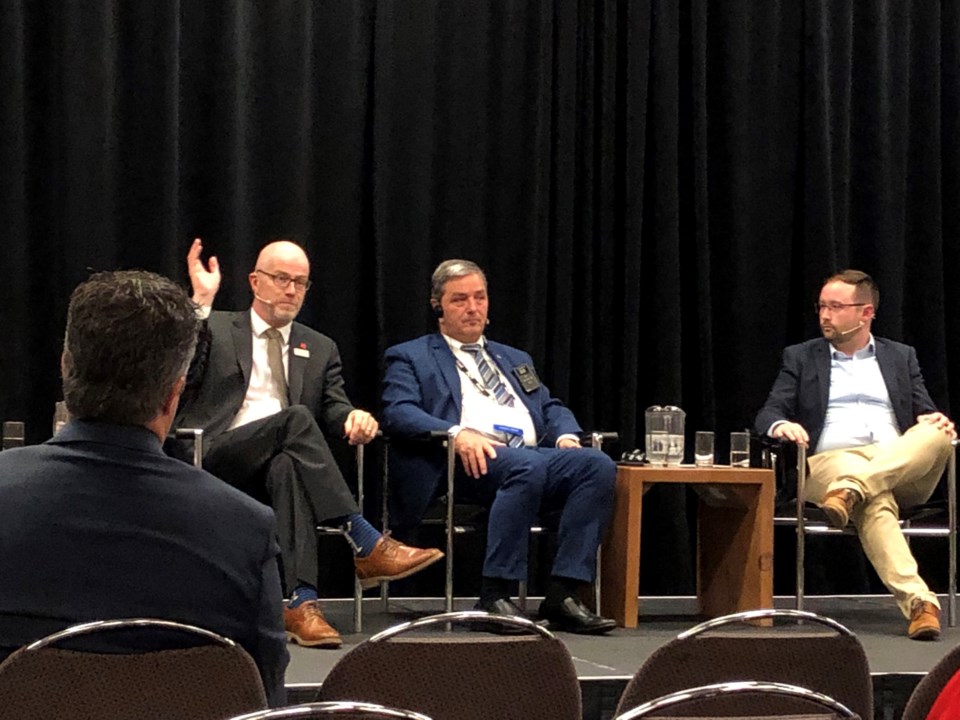 “Whether it’s better roads, transit, housing or water systems, local governments are building better communities. We make the most of the tools available, and it is important that we continue to work with the Federal Government to empower us to get even more done for people in Prince George and for Canadians across the country,” said Hall in a press release.

Held in Quebec City and themed Building Better Lives, this year’s conference took place from May 30 to June 2 and brought together 2,100 delegates representing communities from across the country.

Prince George city councillors attended the annual FCM conference in Quebec City from May 30 to June 2. (via Garth Frizzell)
At the conference, Mayor Hall and Councillors Garth Frizzell, Frank Everett, Murry Krause, Kyle Sampson and Cori Ramsay met with delegates from all over Canada about to discuss how to improve lives in their own communities.

Delegates had the opportunity to discuss some of Canada’s most pressing issues, including housing affordability, national broadband and transit.

“I was inspired to see thousands of local leaders so energized and engaged,” said incoming FCM President Bill Karsten, in the release.

“The mutual respect and common experiences our delegates shared provided those in attendance with a deeper appreciation of their colleagues’ work and an enriched understanding of our country.”

“We’re the governments closest to people’s daily lives. That’s exactly the message we delivered to the Prime Minister and the other federal party leaders,” said Councillor Garth Frizzell, who was elected First Vice-President at the Conference.

“My colleagues and I left this conference united and determined to use the next federal election to drive the quality-of-life and economic progress Canadians deserve. And we’ll work with every party to make those lives better and more affordable.”